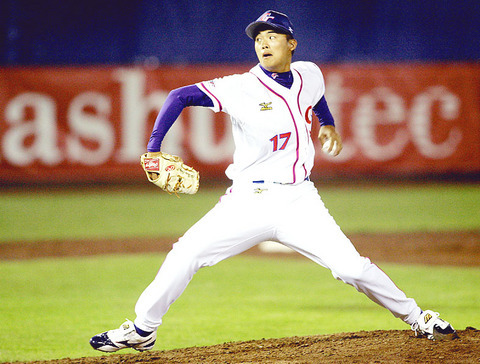 Chi-Hung Cheng is a 22-year old pitcher just coming off a serious injury (torn labrum) and is finally making his return. He was signed in 2004 for $400,000 out of Taiwan. He is one of our better prospects as he has done well at lower levels and looked to be heading to Dunedin before the injury. He has been held to low pitch counts but it seems as if he is back to fully return for the minor league playoffs. I am not sure if Toronto will rush him but he remains as a prospect of note (and in our top 20) despite missing most of this year.

Ottawa 12, Syracuse 10 (10 innings)
Syracuse made 10 ERRORS!!!! on the night. It didn't help that Ottawa had 17 hits as well. 3 errors were made by 3B John Hattig all of them throwing errors. Chad Mattola had 4 errors, one being a missed catch, one fielding error and 2 throwing errors. Lind, Lydon and Corrente added in the other 3. Does anyone know what the record is?

New Hampshire 3, Portland 0
JotG: Dustin Majewski went 2 for 4 with a triple and home run. He had two 2 RBIs.

Lakeland 6, Dunedin 5 (Game completed from yesterday)
JotG: Carl Cota was 2 for 2 with 3 walks.