It's Getting Better All the Time

Share All sharing options for: It's Getting Better All the Time 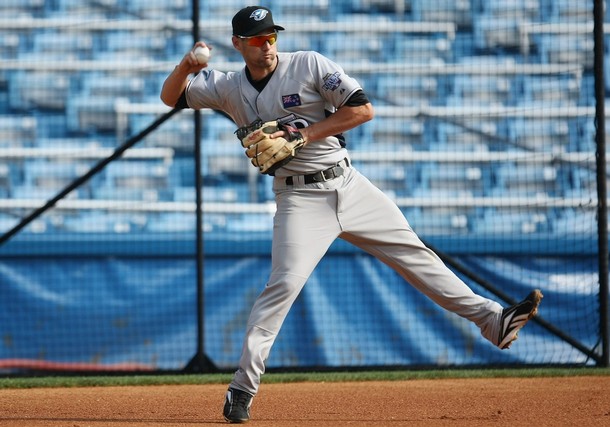 Today's title, of course, comes from the Sgt. Pepper tune "Getting Better" (I always loved the John Lennon echo line ("It can't get much worse!")) and it's appropriate for today's post, which features some great news for a change: Aaron Hill is feeling great , and looks to be on track for a return to everyday duty and full health with the Blue Jays next season. Jays' beat writer Jordan Bastian talks to Hill and finds him without any of the effects of the post-concussion syndrome that was dogging him even through September, not to mention very excited about swinging the bat again in preparation for next season.

According to the article, Hill's constant visits to neurologists have stopped along with his headaches, dizziness, and inability to sleep, and there are no restrictions on how he may prepare for next season. It has been a long road to recovery for Hill, who was originally thought to be set to miss only a few days. Marco Scutaro and particularly Joe Inglett filled in admirably while Aaron was out, but the Jays need Hill's great defense and Aaron showed some pop in 2007 that the Jays could really use as well. Hill had his traditional slow start in 2008 before getting injured so it's a lost season for him, and 2009 gives him a great chance to get his career back on track.

In other news, the AFL Jays (Phoenix Desert Dogs) have a blog, and it's a pretty fun read. Scott Campbell is the main blogger and is apparently having a bit of a tough time adjusting to playing third base, but Zach Dials and J.P. Arencibia have also pitched in with engaging posts. The AFL ends in about 10 days, so enjoy the work of the apprentice Jays while it lasts!