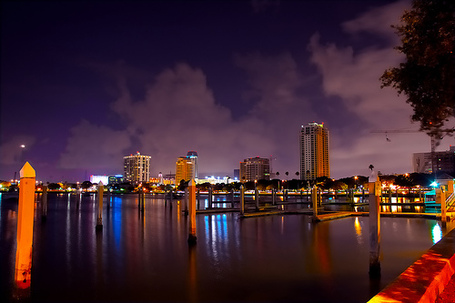 This is part 3 in a 4-part series on the Jay’s AL East competition. Part one on the Orioles is here and part two on the Yankees is here.

Everyone loves a worst-to-first story and it is even better when the team in question had been last in 9 of its 10 previous seasons. How did they do it? Well, it helped that they’ve had high draft picks each year, but then they have had the sense to choose well with those picks and the ability to develop them into productive major leaguers.

The other thing they did well was take a good look at their team in 2007, figure out what their weaknesses were and actually take steps to improve on those weaknesses. What they saw was a team that played very poor defense, especially at short and second base and had a terrible bullpen.  So they traded for a good fielding shortstop, Jason Bartlett and Evan Longoria moved a miscast Akinori Iwamura from third to second. Iwamura wasn’t great, defensively, at second but he was way better than the collection of players that played there the season before.

With the bullpen the Rays grabbed up a bunch of talented arms and threw them against the wall and saw what stuck. They even tried aging relief ace Troy Percival, and he worked out, at least for 2/3’s of the season.

Compare what the Rays did during the off season before the 2008 season to what the Jays did. The Jays had one conspicuous weakness, in 2007, offense. What did they do to fix that? They signed an aging Shannon Stewart and David Eckstein and traded Troy Glaus for Scott Rolen.  How they thought those moves would improve the offense, I’ll never know.

Last year the Rays were exactly the type team I’d like to cheer for; they had good young players with tones of potential and they intelligently attacked the problems their team had.  The Jay’s didn’t have those things last year, they had aging players and they tried to fix their problems by signing more aging players. Of course the 10 seasons before last year I wouldn’t have wanted to cheer for the Rays.

Changes made to the Rays this off season:

Moved from 3B to 2B to make room for Longoria, played only average defense but was far far better than the mess they had at second the year before. His offense? Decent average, no power, no speed, but he can take a walk. A pretty average player, but on a team that has so many good players, average is ok.

A .280 hitter that doesn’t walk, has no power and is a little above average defensively and he got MVP votes.  Again he is good enough on a team that has a lot of good players.

He was amazing in his rookie season hitting .272/.343/.531 with 27 home runs and that’s all at age 22, he’s going to have a great career. You gotta figure he has an MVP trophy in his future. Will he have a sophomore slump? Oh I doubt it, but I wouldn’t really expect a lot of improvement next season, likely the same sort of season, which, let's face it, the Jays would love to see from any of their players.

After being a very consistent player he had an off year in 2008, he doesn’t have a lot of power for a left fielder and doesn’t take a lot of walks. A great defensive player with great speed but he’s never going to become the player the Rays have hoped he’d be.

After hitting 24 home runs in 2007 at age 22, he only had 9 in 2009. Then the playoffs came and he was  terrific.  I’d expect a better year in 2009, but he has the ability to drive a manager crazy with lack of effort, not running out ground ball or chasing fly balls in the outfield. He’s only 24, he could be great, or not….it is really up to him.

Last year they had Gabe Gross in right so whatever Joyce does it will be an improvement.  He has decent power and is good defensively. He strikes out a lot and if he hits above .260 it will be a surprise.  He needs a platoon partner and that’s Kapler, Kapler will be ok in the role, again good defense and a decent average. If he ends up playing full time there is trouble.

Another guy that will be lucky to hit much better than .250 but he’ll give you 30 homer and 100 walks. And being a DH there is the added benefit of not seeing him in the outfield.

Kazmir is a strange sort of Ace, averaging just over 5.5 innings a start. He throws a lot of pitches and generally misses a few starts a year thru some soreness or other.  12-8 last year don’t look for many more wins this year. Shields is kind of co-ace for the Rays, pitches more innings but doesn’t have the same stuff Kazmir has. Garza would be the ace if he could play against the Jays every start. I think we scored 2 runs against him in 4 games. He is inconsistent, can be great but has terrible games as well, but is young still. Sonnanstine is a junk ball pitcher, changes speeds, throws a bunch of pitches. He shaved a run and a half off his ERA in 2008 from 2007, likely will bounce up a little this year. David Price is a leading candidate for Rookie of the Year. He’ll be good, but I’m not sure if he’ll be great right off the start.

Percival is the close, if healthy and that’s a huge if. He started last year well but was injured near the end of the season. Who knows if he’ll be able to do the job this year?  After Troy the Ray bullpen was terrific, much better than you could have expected them to be.  They were exposed a bit in the playoffs. I don’t think they’ll be as good this year but they won’t be bad.

On the flip side, they are a very young team, and young teams generally improve. They have excellent young players so they should be good for a number of year. All in all I expect them to drop back some. I would guess they would finish in the 87-88 win range, but then I would never have guessed they would have won the East last year, so what do I know. They should be in the race and they are a fun team to watch.