Never theorize before you have data. Gm 97 Jays @ Tigers

Share All sharing options for: Never theorize before you have data. Gm 97 Jays @ Tigers

Game Rained out. To be made up as a day-night double-header tomorrow Sunday. 1:00 and 6:00 Eastern. 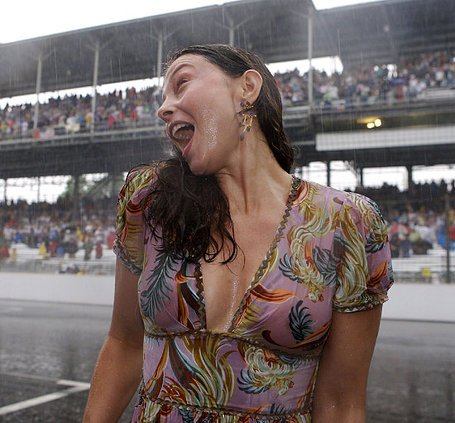 Well I have heard conflicting reports so far about dark clouds and pending rain in Detroit to clear and sunny so everyone keep those fingers crossed that we get to watch some baseball tonight. After the back back afternoon games to end the KC series and kick off this series, plus being out Tuesday. I haven't watched a game since Monday night and I am starting to get twitchy.

Tonight we have two pitchers coming back with their second start after some time away albeit for slightly different reasons. Marcum is taking the mound for the second time after his DL stint, and while he did get the win in Baltimore it wasn't without struggles as he got hit around for 9 hits in 5 innings. Porcello is making his second start since being brought back up from the Tigers Minor League affiliate. Last time out he was pretty dominant going 8 strong innings and only giving up 6 hits, he walked none and struck out 6. Now that was against the Indians but he can still throw well when he is on. Let's hope we get the pre-demotion Porcello.

For the lineup tonight we have one change as DeWayne Wise will be in LF and leading off in place of Fred Lewis. Everything else remains the same with Buck behind the plate to catch Marcum.

It will be interesting to see how the lineup and bullpen pans out later this year. Especially if a few of the players that are rumoured actually get moved. Granted if no one moves I do hope that Cito actually plays JP, Wallace and company when they are brought up for September callups. I kind of have a nervous feeling thinking about all of them just sitting on the bench with Cito trotting out the regulars.

Tune In after the jump for series info and Lineups

Today's title is from Sherlock Holmes.