Photos from the Jays visit to Calgary

Share All sharing options for: Photos from the Jays visit to Calgary

I was going to put these up yesterday but there was some story come up that seemed more important at the time. 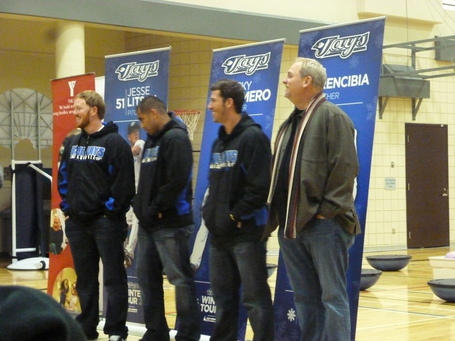 Taking questions from kids, just before the battery in my camera gave out. 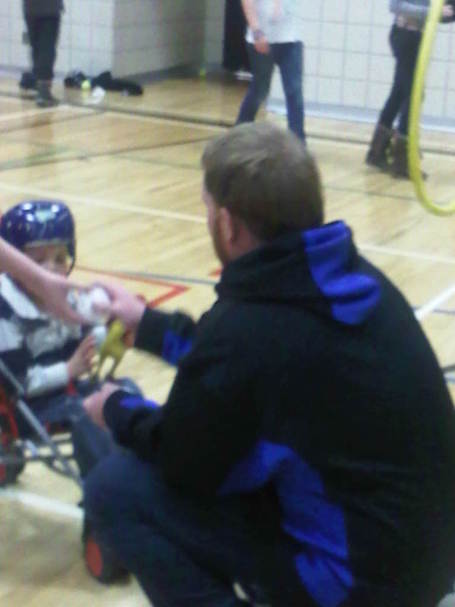 Blurry picture with my blackberry but wanted to show how good Jesse Litsch was with the children. 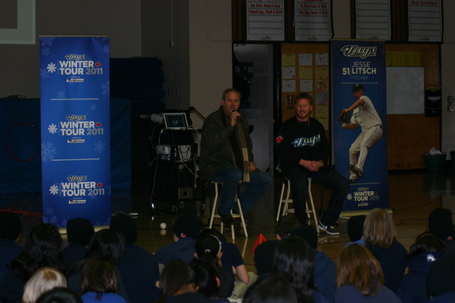 Litsch and Bruce Walton taking questions from kids at Langevin Science School. They were very interested in what Jesse liked to eat. Microwaved chicken and cheese sandwiches on game day. Ice cream for dessert. If he wasn't a baseball player he'd like to be a basketball player. If there were no sports he'd work with kids. I think the adults were more impressed with the answer to how hard can you throw. 92 to 93 MPH, than the kids were. As for when he decided to be a baseball player, it was something like when he was 12 and saw he could throw harder than other kids. This and all the pictures from here done were taken by my friend Belinda Den Dekker, who was nice enough to do a favor for me. 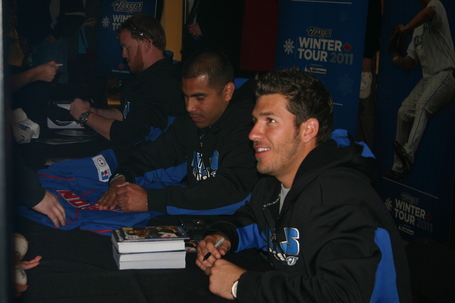 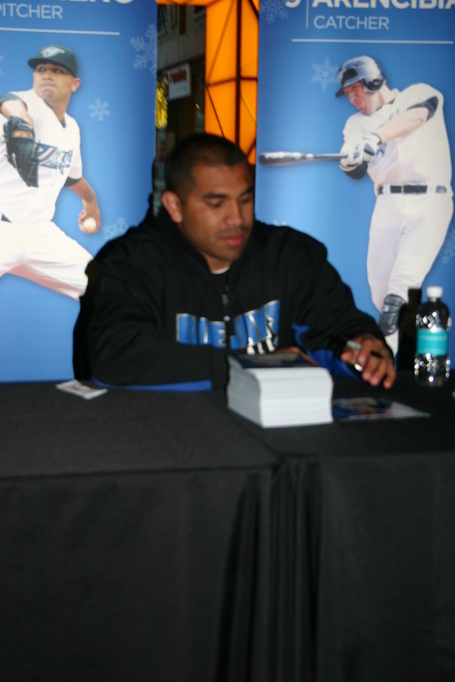 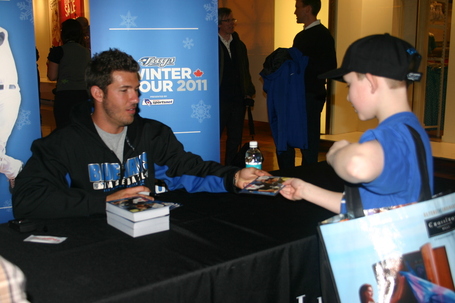 JP Arencibia...seems like Belinda took a lot of pictures of him. Wonder why? In the background you can see me talking to Blue Jay VP of Communications Jay Stenhouse. It is one of those times when I wish photos had sound because I'm sure you'd hear me saying "Blue...Bird....Banter" very slowly and then "We are read by upwards of a dozen people a day". Clearly you can tell how impressed he is by his next question "You are on the internet?" Then, just before he was about to punch me, I got him to understand that I wasn't the Drunk Jays Fans. 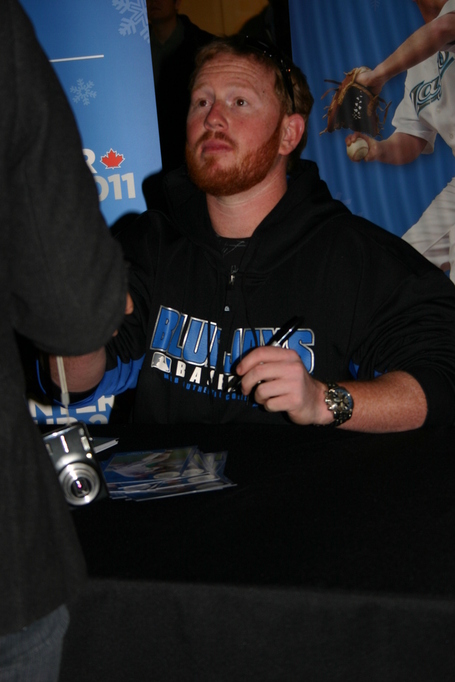 John Farrell was in town too, though he managed to avoid our cameras. He and Bruce Walton had lunch while the players were signing. I saw him afterwards on his cell, going off looking for somewhere quiet to talk. I thought 'I wonder if something is going on'. Had I half a brain I'd have followed him and tried to eavesdrop. The next day we found out Vernon was traded.

With luck, tomorrow I'll get to transcribing the little interview I had with him. I guess I'll skip the part where spends ten minutes telling me what an important part of the lineup Vernon Wells is going to be and how everything will be built around him.

Also not in any of the photos was Jamie Campbell. He was very nice, he posed for photos with many of the people that were in line. I talked to him a few moments both days....I didn't have to explain what Bluebird Banter was to him.