Rumour Out Of Baltimore: Blue Jays Will Hire DeMarlo Hale As Bench Coach

Did the Blue Jays Hail for DeMarlo?

Share All sharing options for: Rumour Out Of Baltimore: Blue Jays Will Hire DeMarlo Hale As Bench Coach

When I got back home I saw that MLB.com's Baltimore Orioles reporter Brittany Ghiroli had tweeted that her source tells her that the Toronto Blue Jays have hired Orioles third-base coach DeMarlo Hale as manager John Gibbons' bench coach.

DeMarlo Hale is likely headed to TOR to serve as bench coach, source says. The Orioles had hoped to retain him at 3B, but not looking good.

The Blue Jays did not need to seek Baltimore's permission to speak with Hale because his contract was not yet renewed for 2013. MASN's Roch Kubatko tweeted that he is "hearing" that Hale was offered a three-year contract. Which, if true, may provide insight into the length of Gibbons' contract. Edit: I must have missed the news that Gibby signed a two-year deal with an option.

Hugo wrote a piece on Hale back when he was one of our prospects to replace John Farrell. He was an excellent manager in the Red Sox organization, winning Manager of the Year awards for his 1999 season. In the Major Leagues, he was a first base coach for the Rangers, then a third base coach for the Red Sox, then was promoted to bench coach, before departing for the Orioles to become their third base coach for the past two seasons. Hale had reportedly interviewed with the Blue Jays in their last managerial search back in 2010 when the team decided to award the job to Farrell, his former colleague in Boston.

This sounds like a good hiring for the Blue Jays. According to Eduardo A. Encina of the Baltimore Sun, Hale is good at reading opponents tendencies. When Ken Rosenthal tweeted that Hale was being interviewed, other national experts had nothing but positive things to say about him. Peter Gammons chimed in, saying that his hiring would be "a significant coup." Honestly, I don't know much about Hale at all, but he will probably be better than Ernie Whitt, Gibbons' bench coach first time around.

Even though the Blue Jays have reportedly locked up Hale for three years, he will always be a managerial candidate for the other 29 clubs. Not only because he has a great minor league managerial record and a great baseball mind, but simply because each club must interview at least one minority in searching for a manager. It is generally in the Blue Jays' policy to allow coaches to interview for promotions like they did with Torey Lovullo in 2011. Let's just hope that he doesn't leave for the Red Sox. But look how much he was happier back then compared to his picture with the Orioles above! 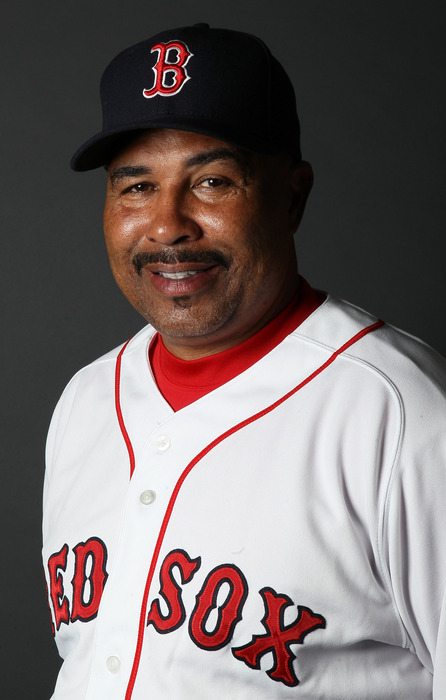 Unfortunately, if Hale has been hired, it would mean that current bench coach and calligrapher Don Wakamatsu would not likely be returning to the Blue Jays, although he may be offered a job as one of the base coaches. It is likely that Hale will take over Lovullo's job as the club's outfield instructor (a role he had with the Rangers) or Butterfield's job as an infield instructor (his role with the Orioles).

The story has been confirmed by Sportsnet's Shi Davidi: