The Los Angeles Angels of Anaheim were not able to deal starter Dan Haren after an eleventh-hour trade rejection and announced that they have declined Haren's $15.5 million club option for 2013. The Angels will pay Haren a $3.5 million buyout and Haren is now a free agent.

So the Dan Haren Tradewatch is officially over, and the Dan Haren Free Agent Observation has begun. I was surprised that the Angels chose to decline the option. Even though they would have lost some leverage after picking up Haren's option, I had thought that they would've found some team that would've been interested. Perhaps there was a hidden medical reason why the Angels-Cubs trade fell through. Greg Wisniewski tweets:

@minor_leaguer So, the Angels almost got something for Dan Haren, could have kept him and still tried to use him/get something, let him go.

Looking back at the events from Friday night, especially the Cubs' sudden nixing of the trade, I am slightly less enthusiastic about signing Haren. Not that the Blue Jays shouldn't try, but I wouldn't necessarily blame them if they gave him a relatively lowball offer. Would you still want Alex Anthopoulos to sign him? How much would you be willing to offer, and for how many years? 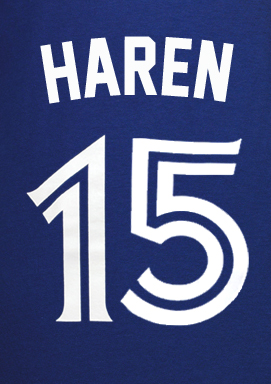 On to Anibal Sanchez!

Dan Haren: Now A Free Agent, Where Will He Land?