As you are reading this, please play this in the background.

Blue Jays baseball is back in Toronto, baby!

I wrote that in big type just in case you didn't feel excited enough about tonight's Home Opener. I would've done it with flashing effects with fireworks and Brett Lawries coming out of it if I knew how.

Tonight, at 7:30ish (to account for opening ceremonies), the Toronto Blue Jays (2-1) in their brand new home whites will face off against the Boston Red Sox (0-3). Toronto is coming home after an exciting season opening series against the Cleveland Indians and will be facing a Red Sox team that is facing a lot of media and fan scrutiny already for their slow start. A quick look at the Boston Globe's website reveals articles titled "Panic Button Time For Bobby V, Red Sox", "The Smackdowns Are Getting Worse", and "For Starters, This Defeat Looked A Lot Like September." Let's help increase the income of Boston-area therapists by cheering on the Jays to extend the Red Sox' losing streak the next three games. For what it's worth (not very much), ESPN's AccuScore projects the Blue Jays as the favourites, and they forecast a 35% chance of a Jose Bautista bomb.

As I wrote up in the Pre-GameThread, tonight we will be seeing a battle of young pitchers from Carabobo, Venezuela. Henderson Alvarez, 21, will become the youngest pitcher to ever start a Home Opener for the Jays and will be against a formidable Red Sox lineup, which scored 12 runs in defeat yesterday afternoon. Facing an altered Jays starting lineup--which features Edwin Encarancion in cleanup and Rajai Davis in place of Eric Thames--is 24-year old southpaw Felix Doubront. It should be a good one.

I am now at the Rogers Centre, in section 512, row 17. I'll pop in and out of the GameThread whenever I can. If you really care about my live comments and pictures, consider following me on Twitter: @Minor_Leaguer.

Reminder of a few ground rules for the gamethreads that are in effect. 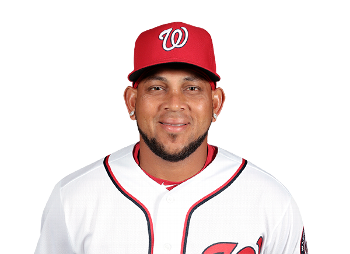 Full lineups after the jump!

It's time to PLAY BALL!