It's midnight Mountain time on January 22 so that means it's Bluebird Banter manager Tom Dakers' birthday! We don't know exactly how old Tom is because it is beyond the limits of current carbon-14 dating technology.

I got you this small gift from the Toronto Sun's Bob Elliott, whose age estimate is probably several decades off: 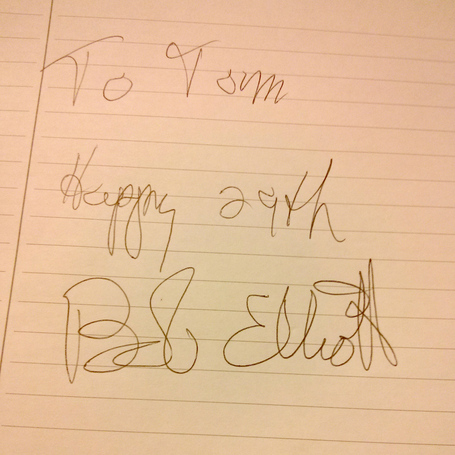 Thanks for making this community what it is today. It is our privilege to have you around. Go have a beer or four then drunk post for us!