Toronto-based artist Steve Preisman, along with friends Jason Yurichuk, and Patrick Lo, present a redesigned version of the Blue Jays logo on Preisman's website. Preisman's logo features a stylized blue jay (one that is more realistic-looking than the current logo) sitting on large cursive "J's". Several versions are included, one on a baby blue background, one on a white background, a couple greyscale versions, and a red Canada Day version. 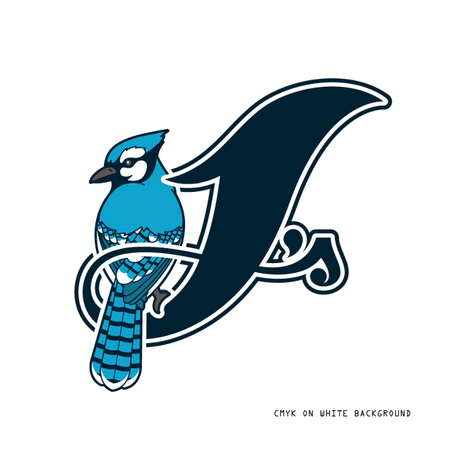 Preisman tells me by email that he created these logos to "make some cool hats" and that he is emphatically not trying to replace the current logo. He is a fan of the current logo, although he does not like how the maple leaf is not connected to the logo (something that I agree with) and that some of the edges and corners "stand to be cleaned up a bit".

Priesman describes that he took aspects of the design from the "Detroit Tigers logo of the mid-nineties, and the more timeless Oakland A's and St. Louis Cardinals logos." I think that Priesman does that aspect especially well. 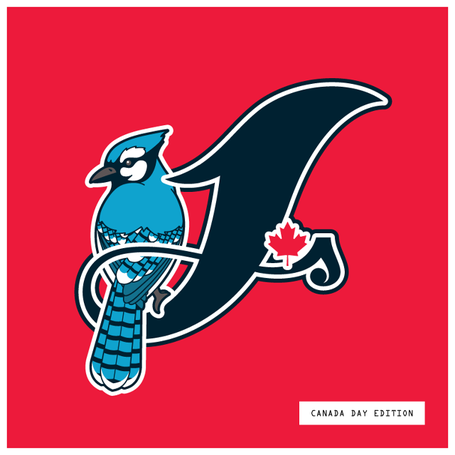 I am a big fan of the current logo because of its simplicity and because it harkens back to the original team logo from 1977. It is so immediately recognizable that no letters are needed to identify it with the team. As a fan on Twitter pointed out, while "A's" work for the Athletics, I don't believe that "J's" work very well because their short name is not the "J's" their shortened name is the "Jays". Preisman tells us that his plan is to put some of these designs on snap-back caps. I might just buy one anyway due to my obsession with baseball caps.

Also: Steve Preisman was the lucky recipient of one of Edwin Encarnacion's many flying bats.

Hat tip to BlogTO for bringing this to our attention and Preisman for responding to requests for questions.