Baseball season is soon upon us, both in Major League Baseball, and perhaps its "little league" circuit, college baseball. I don't want to talk about myself, so I apologize if at any point this feels like it. My intention of this fanpost is to try and give an answer, however incomplete, to the pitching injuries the Toronto Blue Jays pitching staff experienced in 2012, and see if there is any common cause between them. I remain unconvinced of any one answer to explain the totality of the catastrophic season we all witnessed, but I think the "Inverted W" is perhaps a starting point. In your next few minutes, I want to take to you on a journey of journalistic amateurism through the annals of the Toronto Blue jays, and see if either a) Toronto pitchers show a distinct pattern with respect to their mechanics, b) whether this pattern is random, c) whether front office personnel have failed to identify the inherent risks in having pitchers with "red-flag" mechanics, or d) that they have identified it, and value productivity of the pitcher (for better or worse) irrespective of certain mechanical flaws. Alas, once more into the fray, here we go.

This story begins in a winter baseball facility at my school, where simulated games are the best way pitchers and hitters can replicate game-like situations while not being outside. During a simulated game in my practice, I began watching attentively at one of our pitchers and his inability to command the baseball. Today wasn't a good day for him, to put it politely. Generally though he commands the ball very well, with an unspectacular fastball and equally pedestrian secondaries. Still, the combination of his poise and ability to throw strikes with three pitches usually bodes well for this particular pitcher. As the innings progressed, I began to see a noticeable difference in his mechanics that started to trouble me, and it was his new-found liking of the "Inverted W".

For those unfamiliar with the term, an Inverted W is a descriptor of a pitcher whose elbows (throwing elbow specifically) goes above the shoulder during key points of the delivery, creating disruptions in timing and thereby creating significant risk to the pitcher's short and long-term health . More specifically, Chris O'Leary's website defines the Inverted W "as being more than 90 degrees of shoulder abduction with the Pitching Arm Side (PAS) elbow above the level of the shoulders (aka hyper-abduction) combined with 5 or more degrees of shoulder horizontal adduction (PAS elbow behind the shoulders)". Here is his information-saturated website, and it is a great starting point to anybody who is unfamiliar with the term, or wishes to expand on their already ocean-like fountain of knowledge (I'm looking at you MjwW). The most egregious example of these mechanics, is a young man by the name of Anthony Reyes. 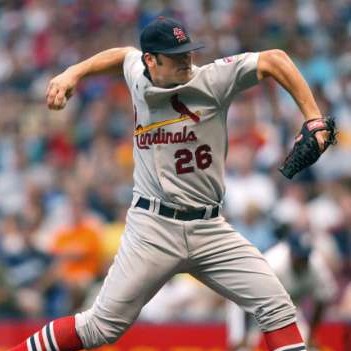 As mr.Reyes demonstrates, the "Inverted W" has a very distinct look to it. Anthony Reyes surfaced with the St.Louis Cardinals in 2005, and enjoyed the major league experience until 2009, with some memorable highlights in between.During the Cardinals' 2006 playoff run, Reyes was left off the roster for the National League Division Series against the San Diego Padres. However, after advancing to the National League Championship Series against the New York Mets, the Cardinals added him to the roster in place of starting pitcher Jason Marquis. Reyes started Game 4 of the series and pitched four innings, taking a no-decision. He pitched the first game of the 2006 World Series and earned the win, pitching eight innings and retiring 17 consecutive batters from the first through the sixth inning, a World Series record for a rookie. Reyes gave up two runs and earned player of the game honors. The Cardinals went on to win the series, defeating the Detroit Tigers four games to one.

But sadly in 2009, his UCL succumbed to the constant strains that throwing a baseball has on the ligament, and he had to have surgery to repair it. His story is not an uncommon one, especially among Blue Jays fans. We know the pitchers who have missed significant time who once wore Blue Jays uniforms. My contention is that there is perhaps a trend among the pitchers in recent Blue Jays history where pitchers who experience injuries at an uncomfortable rate. Pitchers who I've looked and identified as pitchers with red-flags (with varying degrees) are/were: BJ Ryan, Sergio Santos, Kyle Drabek, Drew Hutchison, AJ Burnett, Shaun Marcum, Scott Richmond, Carlos Villaneuva, and lastly, Brian Tallet. 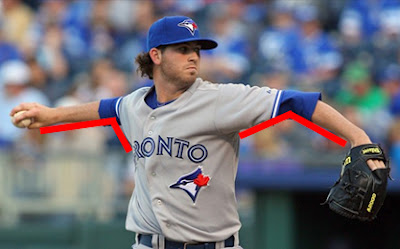 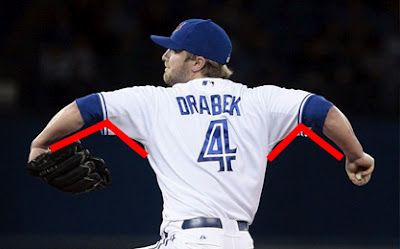 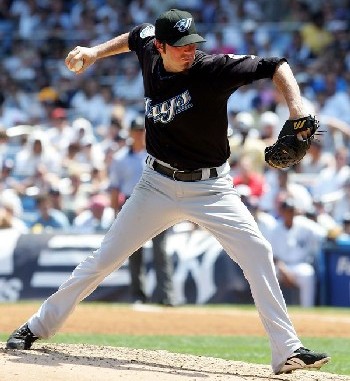 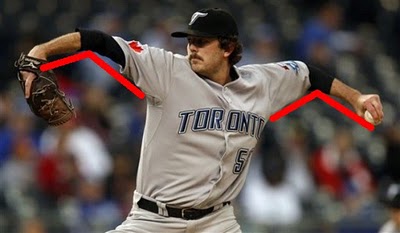 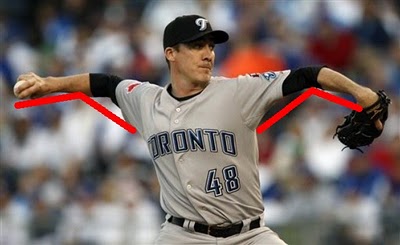 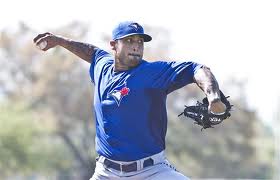 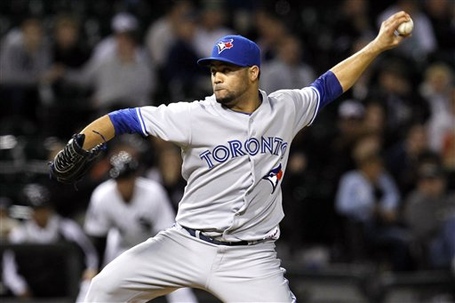 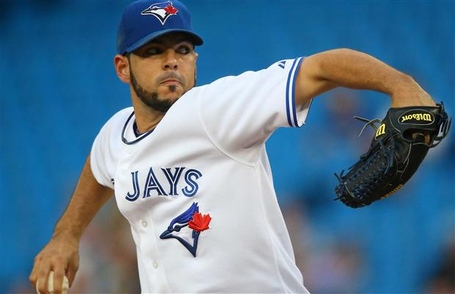 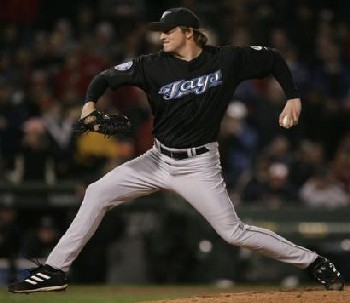 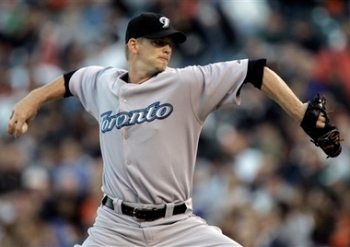 This is obviously not an exercise of predictive analysis, as many of the people have gone under the knife for various arm injuries throughout their career. Moreover, the nature of pitching means that the elbow and shoulder are vulnerable to the extreme strains of throwing with the type of velocity that these men generate. The fact that pitching is gamble with your health seems intuitive when you see the type of force and velocity major league pitchers exert during the pitching motion. That said, I think there are ways to prevent injuries, or at least make them less significant and career-altering.

ESPN detailed this in their article titled "the Problem with Tommy John", and I think there is enough public information on this mechanical "red-flag" to confidently assume that every front office in baseball is privileged with this information. That said, I think the notion of changing mechanics is a dangerous one, at least in terms of future productivity. If A.J. Burnett is productive with poor mechanics, there exists a dilemma as to whether or not teams should approach pitchers with this information. If something/one's not broken, why fix it right? I'm not sure how to answer this question of whether or not, and how long you should let someone put themselves through added risk for the short-term benefit of Wins and Losses. If Chicago knew about the added risks of the "Inverted W", would they have drafted Mark Prior? obviously, hindsight is 20/20, and Tom House (the esteemed pitching coach) went so far as to say that "He's not going to fail", so there were several pressures and assurances that Mark Prior would be an excellent pitcher for a dozen years.Same said for Washington and Strasburg. If Stephen Strasburg flames out (which would constitute a baseball tragedy in its purest form), and Washington was being told that Strasburg's current mechanics (An especially dangerous case of the "Inverted W") were not conducive to lasting very long in baseball, is there anyone to blame?

I'm not convinced in any direction, but if someone told me that I was at risk of ending my career early, while at the same time being as talented as Stephen Strasburg, I may not change a thing. That's the dilemma, and I think it's one Toronto is thinking hard about.

Anyways, thank you for listening, and I'd love to get some feedback.

Should Toronto investigate and push to change the mechanics of "Red-Flag" pitchers?