Who Are Ya: Andy Pettitte

Share All sharing options for: Who Are Ya: Andy Pettitte

The Blue Jays face the Yankees for the first time this season as Brandon Morrow matches up against Andy Pettitte. Not much has to be said about Pettitte's history that isn't already known. The 40 year old lefty has pitched quite well so far this season giving up two earned runs in 15 innings pitched over the course of two starts. He had a slight problem with back spasms last week, causing to his spot in the rotation being pushed back until tonight.

The crafty Pettitte features a four-seam fastball, sinker, and cut fastball along with an off-speed repertoire of change-ups, curveballs, and sliders. He mixes in all six pitches on a consistent basis (although the cutter and slider seem to be similar pitches just identified differently on Pitch f/x) and relies on command more and more each year as his old age slowly decreases his velocity.

Andy Pettitte gets a lot of swings and misses on his slider that he consistently locates down and away against left handed batters. 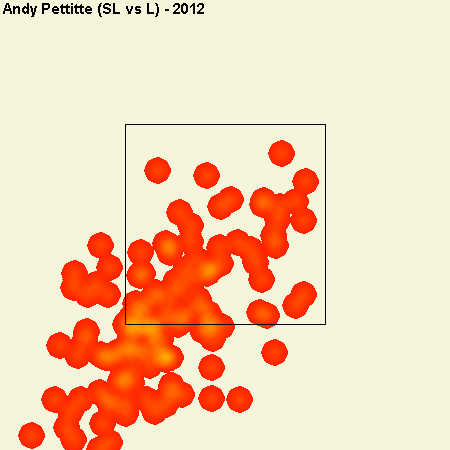 Against right handed batters, Pettitte uses his sinker on the outside of the zone to get ground balls. The command that Pettitte posses allows him to dominate line-ups with average stuff into his forties. 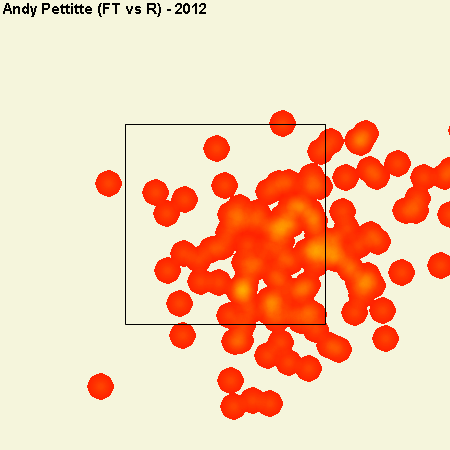 Andy Pettitte has a .293wOBA against lefties over the course of his career, while he has a .319wOBA against righties. Adam Lind has also gone 3-21 in a small sample size against Pettitte for what it's worth. It will be very interesting to see if the Blue Jays sit Lind for two straight days against lefties. The same can be said for Colby Rasmus who started on the bench last night as the Blue Jays went for a right handed heavy line-up.

Today's "Link of the Day" for Andy Pettitte is:

Find the link between Andy Pettitte and the 7th pick in the 1991 draft.

Enjoy the game! Hopefully this Boston manhunt ends soon, because I can't turn away from it.