Who Are Ya: Hiroki Kuroda

Share All sharing options for: Who Are Ya: Hiroki Kuroda

After last night's drubbing, Mark Buehrle tries to get the Blue Jays back on track against 38-year old Japanese right hander Hiroki Kuroda. Kuroda came to the big leagues before the 2008 season, signing as a free agent with the Los Angeles Dodgers. He's been a solid mid-rotation starter for his whole career in the United States. In his first three starts this year, Kuroda has given up five earned runs over 15.2 innings. During his first start he was taken out in the second inning due to this injury scare:

Thankfully he was just day to day and didn't miss his turn in the rotation.

Hiroki Kuroda makes up for his lack of velocity with a lot of movement on his pitches. He features a fastball, splitter, sinker (a shuuto), slider, and curveball. This chart shows how each of Kuroda's pitches has a different type of movement allowing him to attack hitters in many different ways. 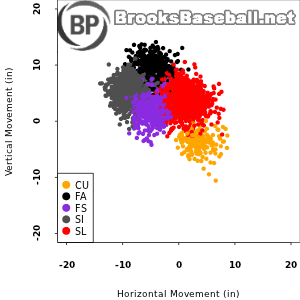 Kuroda's splitter features similar movement to a change-up but is thrown much harder and with different spin than a conventional straight change-up. Two-thirds of Kuroda's splitters that were put into play last year were ground balls making it a very effective pitch for the Yankee starter. Similarly to how a change-up would be used, Kuroda lives in the down and away portion of the zone with his splitter against left handed batters, while rarely using it against righties. 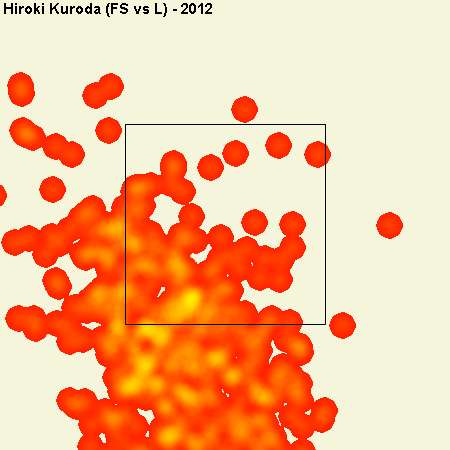 To get right handed batters out, Kuroda starts his slider on the outside of the zone and tries to get swings and misses as it tails away from the hitter. As we've seen numerous times this year, Blue Jays' hitters (cough Rajai cough) can't seem to lay off this pitch and it will be interesting to see if the trend continues against the crafty Kuroda. 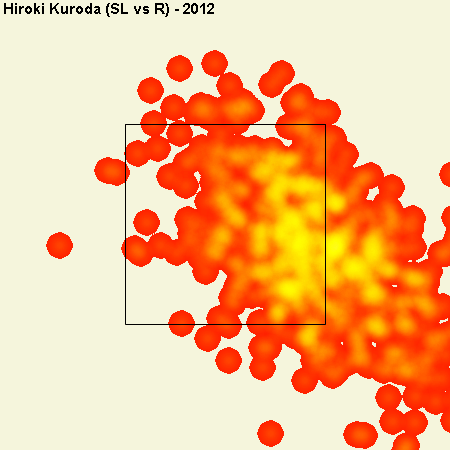 Even with his great splitter, Hiroki Kuroda is still worse against lefties (.310wOBA) than righties (.281wOBA), meaning Adam Lind should definitely start today. With two days off in a row, I have a feeling he would have been in the lineup regardless. As for who shouldn't play, Rajai Davis should probably take a day off against the solid off-speed offerings of Kuroda. If Jose Bautista is fit to return to right field, today's lineup could closely resemble the predicted opening day lineup minus Jose Reyes of course.

Today's "Find the Link" is a little obscure, but someone always seems to guess it within ten minutes of these previews being post so we shall see.

Find the link between Hiroki Kuroda and the first round pick of the Chunichi Dragons in the 1998 draft.

Enjoy the game! Hopefully the 2013 Blue Jays can beat the Old Timers Jays Team based out of New York.