I Wonder to Myself, Could Life Ever Be Sane Again?: There's Panic on the Streets of T Dot

A lackluster start to the season has some Toronto Blue Jays fans panicking. Should they be?

Share All sharing options for: I Wonder to Myself, Could Life Ever Be Sane Again?: There's Panic on the Streets of T Dot

A couple weeks into the season now, the Toronto Blue Jays have already incurred a fairly major injury to a key player (Jose Reyes) and there are signs that other key personnel (Jose Bautista, R.A. Dickey) may also need to miss some time. Seventeen games in, the Jays sit at 7-10, which is certainly below most folks' expectations but certainly shouldn't preclude their chances of making the playoffs. If there's one thing that needs to printed in large, friendly letters on the cover, it's: 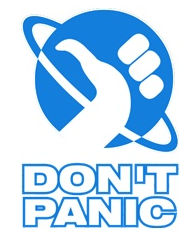 Still, the Jays do find themselves in a bit of an hole here. How deep is this hole you ask? Well, I was wondering that myself, so I decided to do some quick and filthy calculations to get an idea.

Last season, the Tampa Bay Rays won 90 games and did not make the playoffs. In fact, the American League wildcard teams (the Baltimore Orioles and the Texas Rangers) each won 93 games. That isn't a normal year, of course. In 2011, the Red Sox fell just one game short of the playoffs with 90 wins. In this case, let's go with a working assumption that the Jays will need 91 wins to give them a good chance at the playoffs. That means that they're just 84 victories away! Winning 84 times out of 145 (the number of games the Jays have left) would mean the Jays would have a .579 winning percentage (parts per thousand? really, isn't this number actually per-one?) over that span. How good is .579?

Extrapolated over the course of an entire 162-game season, that's a 94-win team. So, to have a solid shot at the playoffs, the Jays just have to play slightly better than last year's playoff teams. That doesn't sound too tough, does it? Well, going by Pythagorean Record (essentially, using a Runs Scored vs. Runs Allowed differential rather than actual W-L record), there were only two teams in the American League that "should" have won 94 games: the Yankees and the Rays. In the National League? Just the Nationals.

In short, The Hitchhiker's Guide to the Galaxy may have simply described the 2012 Blue Jays as "Harmless". Sadly, it seems that, for all the hullabaloo surrounding the offseason, Ford Prefect's 2013 revision may extend the entry by just one word.