Who Are Ya: Ivan Nova

Share All sharing options for: Who Are Ya: Ivan Nova

Josh Johnson goes up against right hander Ivan Nova today as the Blue Jays try to salvage a game from this horrible series. After signing with the New York Yankees as an amateur free agent in 2004, Nova has pitched alright with huge swings in his BABIP influencing his ERA and W-L record. His FIP has remained consistently at about a four the whole time, so that's a pretty good indicator of the type of pitcher he is.

Ivan Nova features a fastball, slider, 12-6 curveball and a rarely used change-up. He's also added a sinker to his repertoire this season. He can reach up to 94 MPH with his fastball so he does have some power in that arm. You can see in the graph how Nova has decreased the use of his four-seam fastball in favour of his new sinker (the grey dot at 20% in 2013). 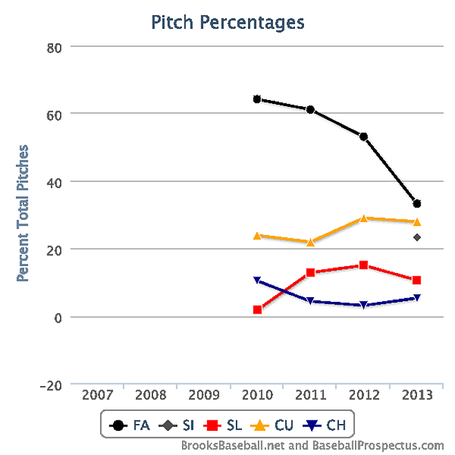 This next chart should strike fear into the hearts of Blue Jays fans as Ivan Nova consistently runs his slider out of the zone against right handed batters. He got about 40% whiffs/swing last year with both his curveball and slider, which could signal trouble for the Blue Jays hitters. With Toronto's swing happy approach, right handed starters with good command of their off-speed stuff have carved up the Jays righties so far, especially Hiroki Kuroda yesterday who dominated Jose Bautista. 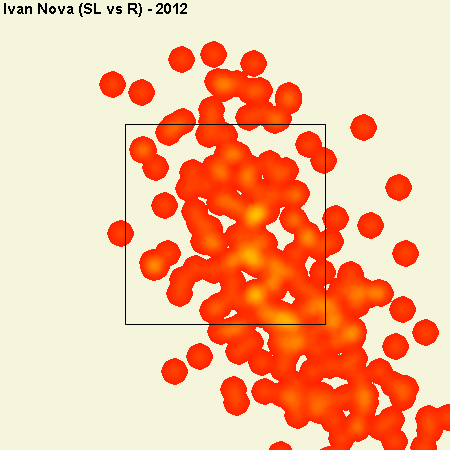 As the GIF says, the lineup has already been released and Adam Lind is in the DH spot today.

Surprisingly, that lineup looks uh, pretty good? Aside from Kawasaki starting instead of Reyes, that's pretty much what the opening day line-up was expected to be (if you favoured Izturis over Bonifacio). This post is quite good at explaining why Nova might have reverse splits, so hopefully the Yankees' starter's curve isn't working well today and Lind can tee off on his fastball.

Gerse is still M.I.A. so I'm sorry for the people who only clicked these posts to read the Jumbotron Factoids. You'll just have to "Find the Link" instead:

Find the link between Ivan Nova and the Texas Rangers pitcher who had Tommy John surgery last August.