Who Are Ya: Josh Stinson

Share All sharing options for: Who Are Ya: Josh Stinson

Brandon Morrow is on the hill this afternoon to take on spot starter Josh Stinson. Stinson, a right hander, starts in place of Jake Arrieta who was recently sent back down to Triple-A. Stinson started with the Brewers this spring but was picked up through waivers by Oakland and then by Baltimore. This is only his second start in the big leagues after giving up a run in four innings last year in his first start. That was actually the only earned run he gave up six appearances for the Brewers last season.

Josh Stinson mainly just uses a fastball-slider combination, but occasionally mixes in a curveball and changeup. There isn't really anything out there on Stinson, and he's essentially a spot starter who would be lucky to get in more than a handful of major league games this year. This is where he throws his pitches! 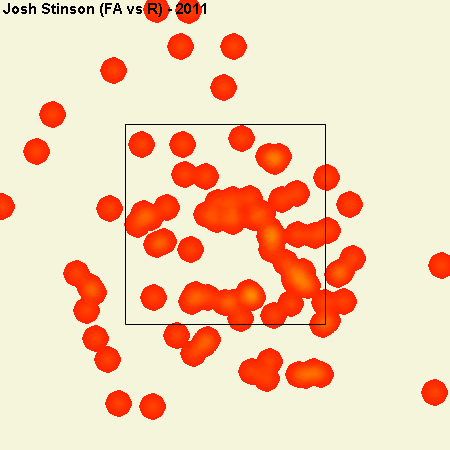 There's isn't really a reason to sit Lind against the right hander today. Adam Lind is 0-0 against Stinson. Hopefully Lind gets some help from the other guys on the team and maybe they score some runs today. EDIT- Of course, if Adam's wife is going into labour, then Adam should not play.

The "Find the Link" today is more like a six degrees of separation puzzle, but it's a lot better than asking who was Josh Stinson's first strike-out.

Find the link between Josh Stinson and one of the co-founders of "Radio Disney" (his first name is Dean).

I'll be writing an exam during the game, so you folks enjoy it for the both of us.