Who Are Ya: CC Sabathia

Share All sharing options for: Who Are Ya: CC Sabathia

J.A. Happ goes up against CC Sabathia this afternoon as the Blue Jays try to get on the right track this season. The lefty has pitched 35 innings this season allowing 13 earned runs. He's also gone over 100 pitches in every start thus far.

CC Sabathia throws a four-seam fastball, sinker, slider, and changeup. He mainly relies on the four-seam slider combination to get outs, especially against left handed batters. His velocity has been trending downward these last few years as he gets into his mid-thirties. 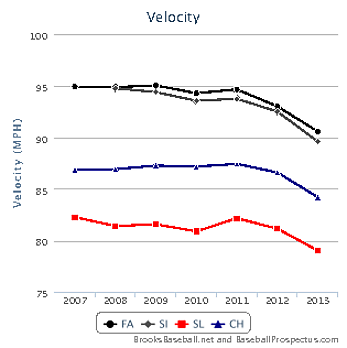 Sabathia is tougher on lefties because of his swing and miss slider that he locates down and away. With his pinpoint command he doesn't really fool around with a bunch of different pitches, usually just throwing fastballs to get ahead in the count and then nasty sliders to finish the at-bat. 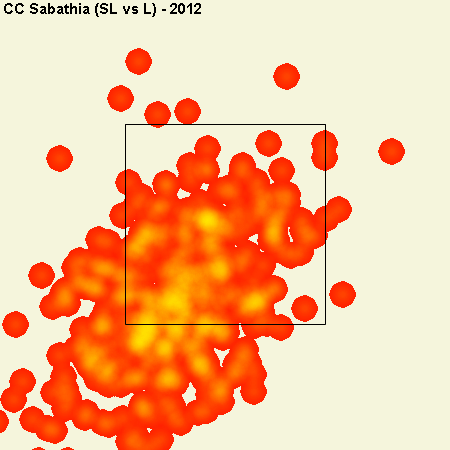 He also dominates right handed batters in part because of his changeup that he locates on the outside of the zone. While almost never throwing it to lefties, Sabathia has thrown the changeup a fifth of the time this season against righties. There isn't a lot of velocity separation with the fastball and changeup as you can see in the graph above, but he is still able to get a lot of whiffs with the pitch. 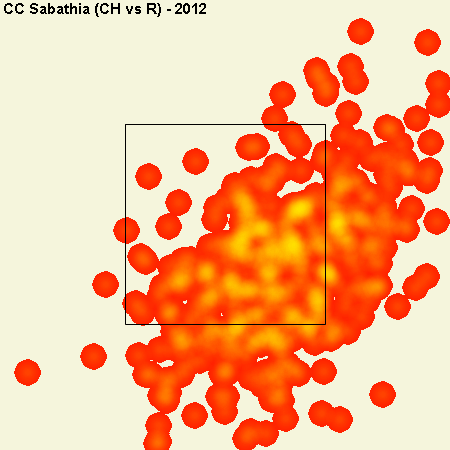 Should Lind Play: Still not happening.

Adam Lind is expected to return to the starting lineup tomorrow after coming off the paternity list.

Take a look at today's "Find the Link":

Find the link between the two starting pitchers in today's game.

If the Blue Jays could go ahead and score some runs today, that would be great.