Last night was a fun game and there were also some great pictures that came out of it by Toronto sports photographer Tom "Scrabble" Szczerbowski that gets put on to SB Nation's photo service. They come with very descriptive, but equally uncreative, captions. For example, the caption for the photo used above was:

TORONTO, CANADA - APRIL 4: Darren Oliver #38 of the Toronto Blue Jays gets a meeting on the mound with J.P. Arencibia #9 during MLB game action against the Cleveland Indians on April 4, 2013 at Rogers Centre in Toronto, Ontario, Canada.

I'm sure you can do better than that.

So let's do a caption contest today! A contest with no prizes, of course, because of our friendly lawyers' "recommendations". But we can give away fun, right?

Your task is to write a funny caption for the photo above (call it #1) and the following couple from last night's game plus the bonus: 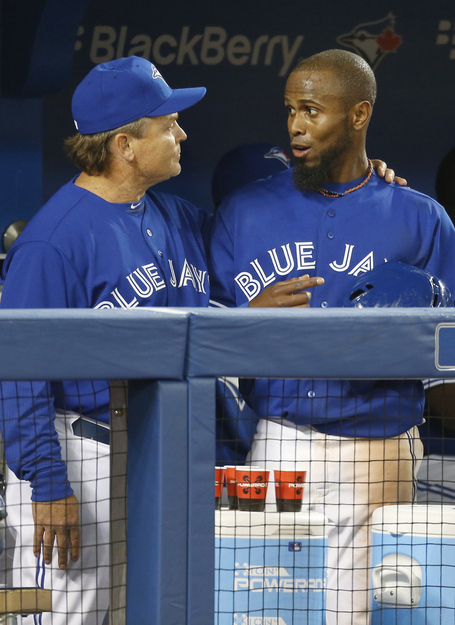 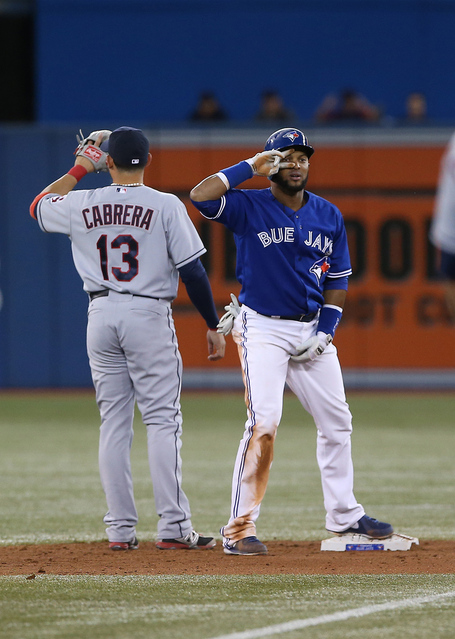 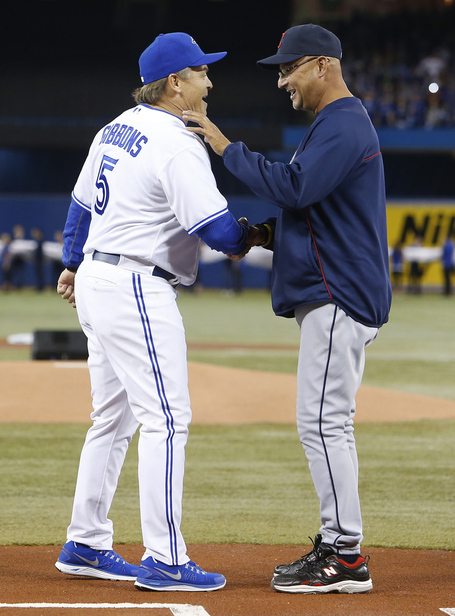