Who Are Ya: Barry Zito

Share All sharing options for: Who Are Ya: Barry Zito

R.A. Dickey takes on Barry Zito tonight in the first game of a quick two game interleague series with the San Francisco Giants. This should be a pretty fun series to watch as the defending World Series champions make a rare visit north of the border. In 39.1 innings so far this year, Barry Zito has surrendered 12 earned runs. The lefty is also averaging less than a hit per inning this year.

Zito has a repertoire that includes a four-seamer, sinker, slider, changeup, and curveball. He also throws this type of pitch:

I had to do a double take when looking at Zito's velocity as he's averaging 84MPH on his hard stuff this year. HIs four-seamer was the slowest in the league last year. He is so effective in spite of his slow fastball due to his wicked curveball and slider. His curveball has a 68.18% ground ball rate this year because of the ridiculous movement on it. 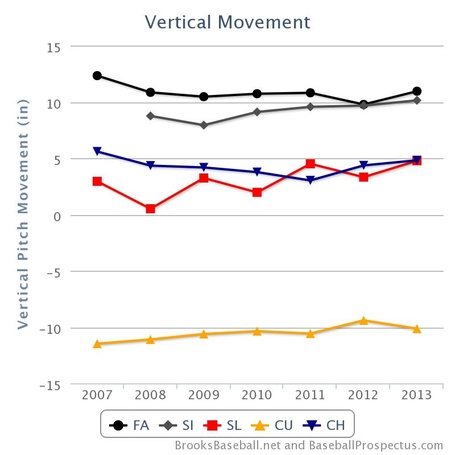 The curveball is usually located on the outside half against right handers making it very difficult to get any solid contact on it at all. Since Zito is an extreme command pitcher, the Blue Jays will have to hope he doesn't have his pin-point stuff or it could be a long night. 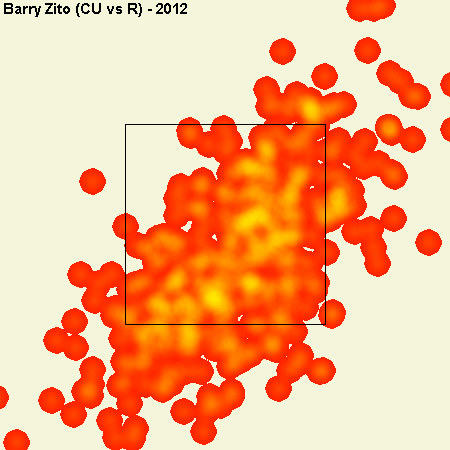 Should Lind Play: He Won't

Barry Zito has pretty inconclusive splits over the course of his career and they seem to fluctuate in different directions every season. That being said, John Gibbons will surely sit Lind against the left handed pitcher. If Lind does somehow get into the game, Zito has thrown 50% fastballs when he's behind in the count against lefties, so watch for that. In the past Lind has gone 0-4 against Barry Zito.

Find the link between Barry Zito and the Los Angeles Dodgers pitcher whose name rhymes with Taco.