Who Are Ya: David Phelps

Share All sharing options for: Who Are Ya: David Phelps

David Phelps kind of feels like he's been around forever, but this is only his second year in the big leagues. Normally used as a reliever, his past three appearances have been in the starters role where he's pitched quite well. The right handed pitcher picked up a loss last game against Cleveland going down 1-0, which shows how stupid pitcher wins and losses are. Overall this season he's pitched 35.1 innings allowing 17 earned runs and striking out 38 batters. Phelps faces the wonderful Brandon Morrow today.

Phelps throws a four-seamer, sinker, cutter/slider, curveball, and changeup. The curveball is probably Phelps' best off-speed offering, while his changeup is still pretty effective against left handed batters. Here's a look at Phelp's nasty hook along with his fastball:

Here's a look at where Phelps throws his cutter/slider against righties. The Blue Jays have had huge problems against pitchers with tough sliders on the outside half this season so hopefully they can actually lay off this pitch today. 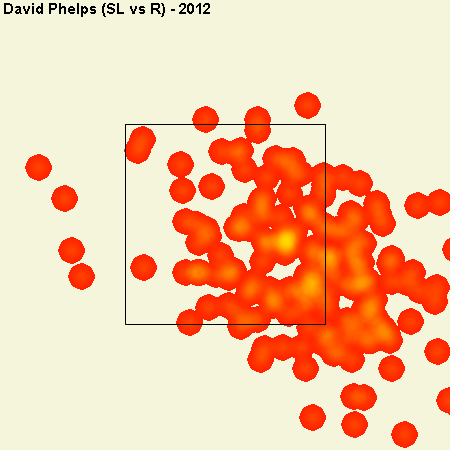 Another pitch the Blue Jays should try to lay off is Phelps' sinker as he likes to start it in the zone and run it in on the hands making it an almost impossible pitch to hit. 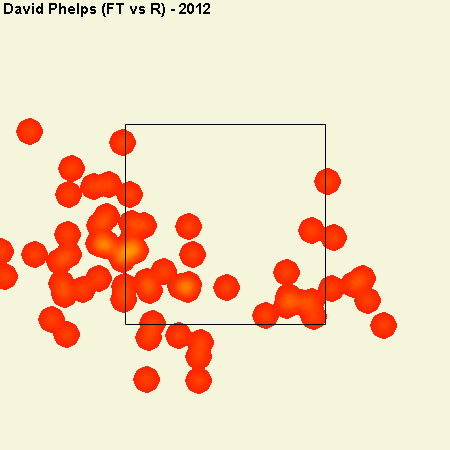 David Phelps' splits haven't had enough time to stabilize yet but he's allowed a .337wOBA to left handers and .283wOBA to right handers. There's nothing saying Lind shouldn't play today and at this point in the season he almost always plays against right handed pitchers and sits against lefties so I might need a new idea for the daily feature instead of "Should Lind Play".

I don't think getupikid can access the site yet so you guys still have time to catch up in "Find the Link":

Find the link between David Phelps and the most gullible college football player of the past year.

Let's even up this series Blue Jays!