Who Are Ya: Freddy Garcia

Share All sharing options for: Who Are Ya: Freddy Garcia

Journeyman right hander Freddy Garcia goes up against R.A. Dickey this afternoon. Garcia, who's 36 years old, has allowed 12 earned runs in four starts this year with Baltimore (he started the season in the minors) He's also allowed six homeruns in only 22.1 innings with the big club this season.

Garcia throws (prepare yourself): four-seamers, sinkers, cutters, sliders, curveballs, changeups, and splitters. Other than the cutter, all of these pitches have been thrown at least 10% of the time this year. His hard stuff stays around the 88MPH mark and surprisingly Garcia has hardly lost any velocity over the course of his 14 year career. 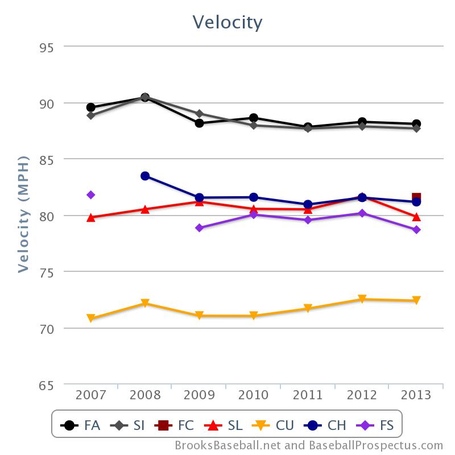 The Blue Jays right handers have had huge problems with sliders moving out of the zone against them and that's exactly what Garcia tries to do. The well located slider is one of the ways Garcia continues to stay in the major leagues with a below average fastball. 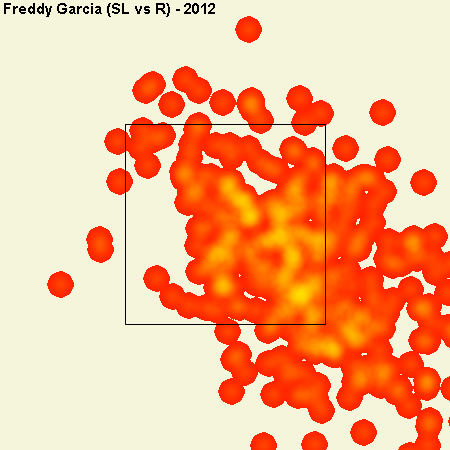 Over the course of his career Garcia has a .329wOBA against him by lefties and a .318wOBA against him by right handers. He's got so many different weapons at his disposal that it's not surprising that he is about as effective against lefties as righties. His slider is used heavily against right handers, while the splitter and sinker feature against left handers. Lind is 4 for 8 with two walks against Garcia over the course of his career if you were wondering and he will likely play today.

My preferred lineup for today's game:

Find the link between Freddy Garcia and #59 of the Philadelphia Phillies.

This looks like a good opportunity for the Blue Jays tonight, so we'll see what happens.