Who Are Ya: Tim Hudson

Share All sharing options for: Who Are Ya: Tim Hudson

Tim Hudson faces the Blue Jays today in interleague action as the 37 year-old right hander looks to stop Toronto's win streak at one game. Hudson has pitched 56 innings this year surrendering 31 earned runs (4.98 ERA/ 3.74 FIP). He has a 7.07 K/9 thus far which is quite a high number for him and a 2.41 BB/9, which is the exact same number he had with the Braves last year. He also recorded his 1,600th career strikeout against J.P. Arencibia, which is just shocking.

Hudson throws a four-seamer, sinker, cutter/slider, splitter, and curveball. His velocity has stayed constant around 90 MPH with his fastballs throughout his career. He's mainly a sinker ball pitcher throwing the pitch 41% of the time this season. His splitter has been a fairly effective off-speed pitch this year, getting 40% whiffs/swing mainly against lefties.

Hudson pounds the outside of the zone against lefties with his sinker as you can see: 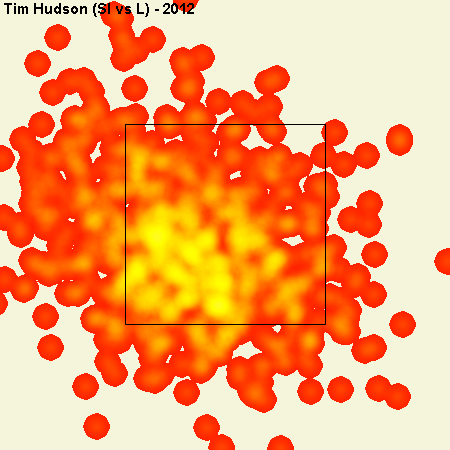 Against righties his cutter fades off the outside of the plate, which has been a big problem for Blue Jays hitters this year. 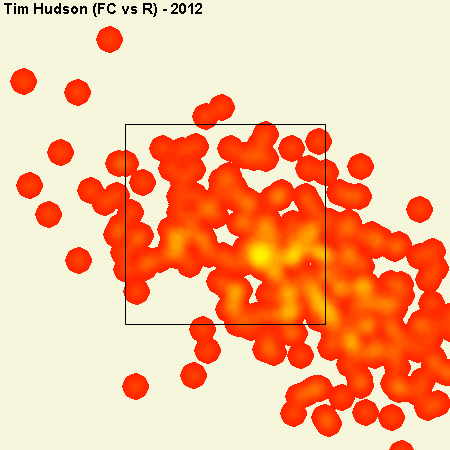 Find the link between Tim Hudson and the 2011 first overall pick in the NFL draft.

The Braves are really good, so start praying to the baseball gods for a "Miracle against the Hudson".