Who Are Ya: Paul Maholm

Share All sharing options for: Who Are Ya: Paul Maholm

Brandon Morrow takes on 30-year-old left hander Paul Maholm as the Blue Jays try to take the first two games of this home and home series with the Atlanta Braves. In 61.1 innings this season Maholm has an ERA of 3.38 and a FIP of 2.58. He's had a pretty good season, likely reaching his potential as a middle of the rotation starting pitcher.

You can see how tough it is for right handed batters to get any solid contact on this changeup down and away from them. Maholm's changeup would probably rank as one of the at least top 25 changeups in the league from starters. 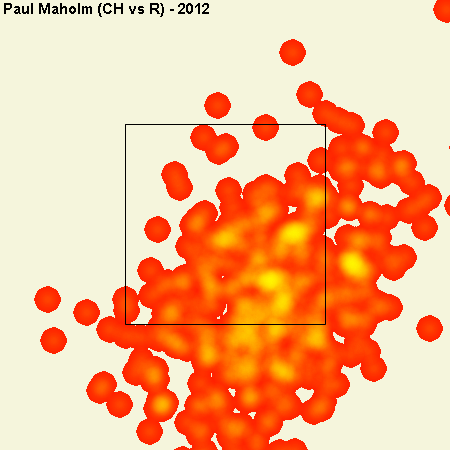 Against lefties Maholm's slider dives right off the plate, which makes it easier to understand why he has such a huge whiff rate with the pitch. Hopefully Maholm doesn't get the opportunity to face too many left handers tonight. 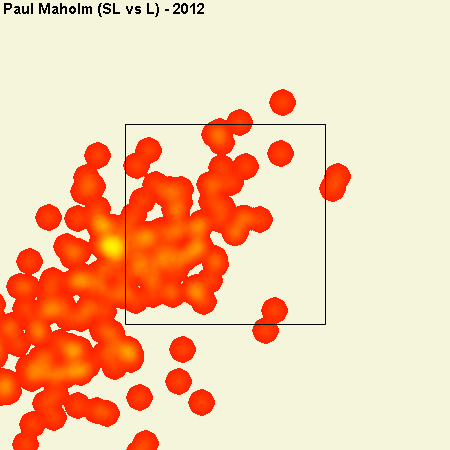 There is no possible way Adam Lind gets into the game tonight. Maholm has a .269 wOBA against lefties and a .346 wOBA against righties in his career. To make matters worse, left handed batters have a .222 OBA against Maholm this season (.344 for righties).

EDIT: The Blue Jays lineup has been announced. Pretty ugly:
<blockquote class="twitter-tweet"><p>Today's @<a href="https://twitter.com/bluejays">bluejays</a> lineup:Cabrera-DHBautista-RFEncarnacion-1BArencibia-CDeRosa-3BRasmus-CFIzturis-SSBonifacio-2BGose-LFMorrow-P</p>&mdash; Blue Jays-Official(@BlueJays) <a href="https://twitter.com/BlueJays/status/339380888863387649">May 28, 2013</a></blockquote>
<script async src="//platform.twitter.com/widgets.js" charset="utf-8"></script>
For today's "Find the Link":
Find the link between Paul Maholm and the BEST BLUE JAYS 2B OF ALL TIME! (personal bias involved)
This could be an ugly one today.