Who Are Ya: Felix Hernandez

Share All sharing options for: Who Are Ya: Felix Hernandez

I decided not to copy and paste Gerse's preview that he posted in the gamethread last night, but it wouldn't be too far off how most Jays fans will feel about this game. Hernandez looks to carve up Blue Jays hitters tonight with his four-seam fastball, sinker, curveball, slider, and changeup. He really only needs one of those pitches to get the job done, but he decided five was necessary. He's losing velocity big time, although it hasn't really affected his results as of yet: 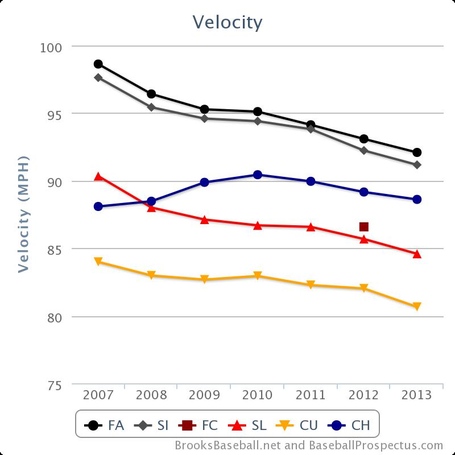 Against left handed batters, he throws his wicked changeup almost a quarter of the time, getting swings and misses almost half of the time. He pounds the outside of the zone pretty hard with it. Poor Colby is going to have a heck of a time with it. 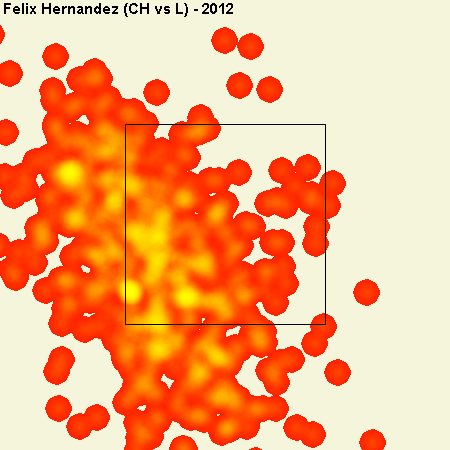 Should Lind Play: I Guess

Even though the changeup is one of Felix Hernandez's best pitches, lefties hit him to the tune of a .306wOBA while right handers have a .275wOBA against him in his career. There's nothing saying Adam Lind shouldn't start today, and the Blue Jays need to have nine guys bat against Hernandez so it seems acceptable that Lind will be one of those poor souls. In the past, Lind has gone 3-16 against Hernandez.

Gerse posted a "Jumbotron Fact"(?) last night so I guess I'll include it.

"A Jumbotron is a large-screen television using technology developed by Sony, typically used in sports stadiums and concert venues to show close up shots of the event. Although JumboTron is a registered trademark owned by the Sony Corporation, the word jumbotron is often used by the public as a genericized trademark. Sony JumboTrons ceased being sold in 2001, when the company decided to exit the business."

Find the link between Felix Hernandez and the 3rd overall pick of the 2004 draft.

If anyone watches the game, let me know how it goes.