Who Are Ya: Jeremy Hellickson

Share All sharing options for: Who Are Ya: Jeremy Hellickson

The Blue Jays travel to Florida today (along with your favourite Blue Jays blogger) to take on the Tampa Bay Rays for the first time this season. Mark Buehrle takes on 26-year old right hander Jeremy Hellickson. In 36.1 innings this season, Hellickson has given up 19 earned runs. Although Hellickson's FIP has stayed constant around a 4.50 throughout his major league career, his ERA has hovered around a 3.00 mainly due to his consistently low BABIP and high strand rate. There's some debate whether he has been very lucky for multiple years in a row or if he is able to control his infield flyball rates.

Jeremy Hellickson mainly throws a fastball, sinker, curveball, and changeup relying heavily on his fastball-changeup combo against both righties and lefties. His off-speed stuff is where he gets his whiffs as you can see below: 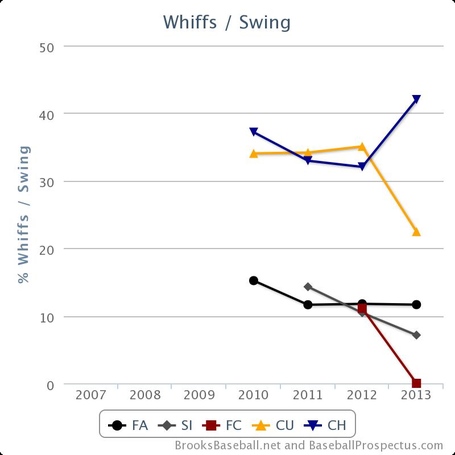 Hellickson actually throws his changeup more often against same handed batters, which is very rare for a right handed starter. These next two heat maps are interesting as regardless of the handedness of the batter Hellickson is facing, he locates down and to his pitching arm side with the changeup. It's slightly surprising he doesn't throw more changeups inside against lefties to try and get the hitter to swing over them. All of Helickson's pitches follow the same trend so it's possible something in his delivery makes it difficult to throw to his glove hand side of the strike zone. Obviously the Blue Jays hitters know this (or maybe not...) and will be ready for a lot of pitches down and in for right handers and down and away for left handers. 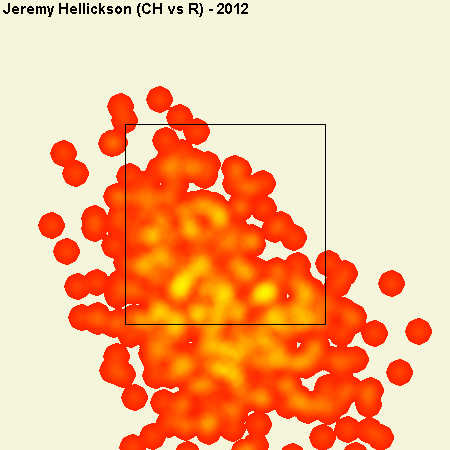 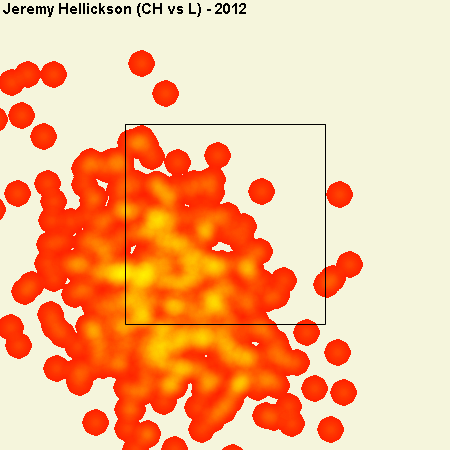 Should Lind Play: FUR SURE

Jeremy Hellickson has held right handers to a .275wOBA over the course of his career while having a .323wOBA against left handed batters. Adam Lind and Colby Rasmus will both definitely be back in the lineup tonight to try and help start a win streak for the Blue Jays. Adam Lind has faced Hellickson 11 times in his career getting four hits plus two free passes and it seems this is a good matchup for Lind against a right handed fastball pitcher.

Find the link between Jeremy Hellickson and The Great Depression.

Enjoy the game and hopefully a series sweep (or at least three out of four)!