Who Are Ya: Roberto Hernandez (no really, who are you?)

Share All sharing options for: Who Are Ya: Roberto Hernandez (no really, who are you?)

Sorry for the late post, having big time internet problems. The Blue Jays take on Roberto Hernandez tonight who was formerly known as Fausto Carmona. In 30.2 innings this season he's allowed 18 earned runs. He's an average back of the rotation starter who gets a lot of groundballs. He takes on J.A. Happ if you were not aware.

Hernandez throws a fastball, sinker, curveball, and changeup mainly relying on the sinker-changeup combination. He gets a ton of groundballs off his hard sinker relying on the defense behind him to record the outs. His changeup is a pretty big gopher killer as well, as you can see below. 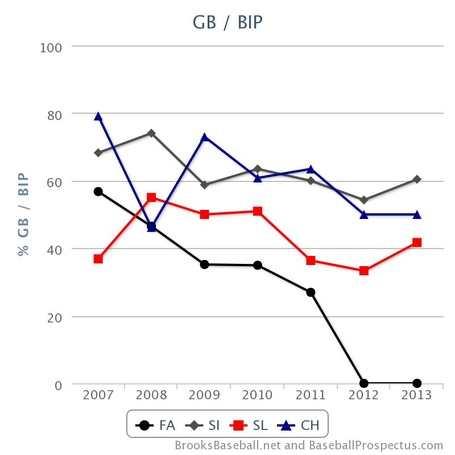 It's hard to make solid contact on Hernandez's sinker as he locates it down and in on right handers constantly jamming them in on the hands. 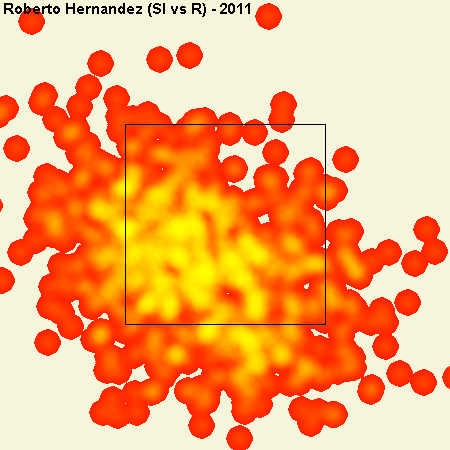 Should Lind Play: It's Happening

Left handed batters hit Hernandez much better than righties and this means Lind is in the lineup tonight:

Getupkid created and then found the link in this thread this morning so here's the question:

Find the link between Roberto Hernandez and Fausto Carmona

The answer is that Hernandez is an older version of Carmona.

Enjoy the game tonight as the Blue Jays go for three straight wins and pray for the gophers living in the Trop's turf with Fausto Roberto Hernandez-Carmona on the mound.