Who Are Ya: Matt Moore

Share All sharing options for: Who Are Ya: Matt Moore

The Blue Jays are going for four straight wins tonight as Ricky Romero takes on Matt Moore! Who else has thought about the Jays running the table the rest of the way? Just me? Fine. Moore is a stud lefty who will turn 24 next month. He's only given up 8 earned runs in 37 innings this season going 5-0 along the way if you're into pitcher wins. He's currently got a K/9 rate of 10.0 so he's missing a few bats here and there.

Moore attacks hitters with a wicked four-seamer plus a sinker, curveball, and changeup. The hard stuff that Matt Moore throws usually sits in the mid-90's although his velocity is trending downwards which is a little weird so early in his career. 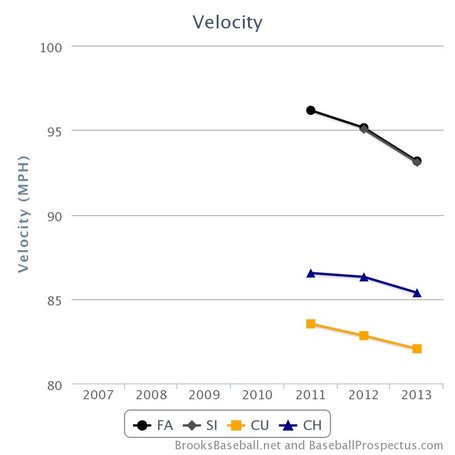 His plan of attack against same handed batters is a heavy use of his four-seamer with the curveball used when ahead in the count. Against righties, Moore has a more even use of all his pitches using his changeup 20% of the time this season. As he does with lefties, Moore also likes to use his curveball against righties when ahead in the count to get swings and misses. Meanwhile, his changeup is usually located on the outside half and he has got a lot of whiffs with the pitch so far this season (41.86%) 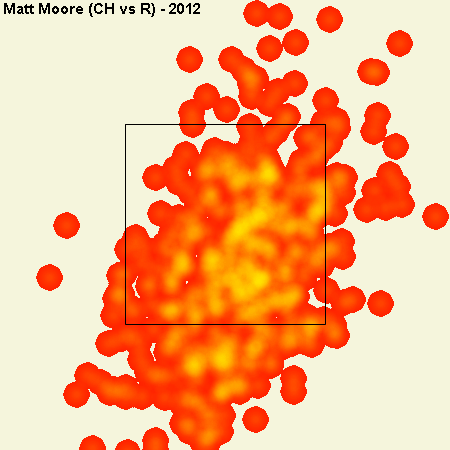 Should Lind Play: Not really sure. I guess?

Matt Moore hasn't been in the league long enough for his splits to be very relevant plus they're pretty much neutral anyway. His changeup is pretty tough against righties while his curveball is lethal against either handed batter, so it shouldn't really be an open and shut case to sit Adam Lind. John Gibbons has hardly let Lind step into the box against lefties so he might give him a day off just on principle.

Today's "Find the Link" should take a while to find. Take a look:

Find the link between Matt Moore and the song "With Arms Wide Open".