Who Are Ya: Clayton Richard

Share All sharing options for: Who Are Ya: Clayton Richard

Another game in the great city of San Diego as Mark Buehrle takes on lefty Clayton Richard. In 32.1 innings, Richard has a 8.35 ERA and a 7.76 FIP. His strikeouts per nine innings (4.45) has been lower than his walks per nine innings (5.01), which doesn't exactly get the job done. Richard also has a ridiculous HR/FB rate of 31.3% which isn't helping his ERA or FIP.

Richard throws a fastball, sinker, cutter, slow slider, and a changeup. He mainly builds off his 90 MPH sinker, also using the cutter and slider against same handed batters and the changeup against right handed hitters. You can see the different types of movement on his pitches here: 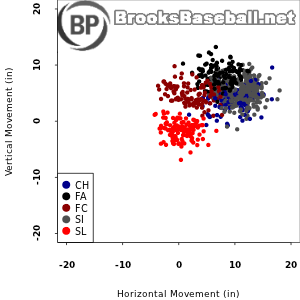 Richard is able to get a solid amount of groundballs off his changeup by keeping it down and away from right handers. 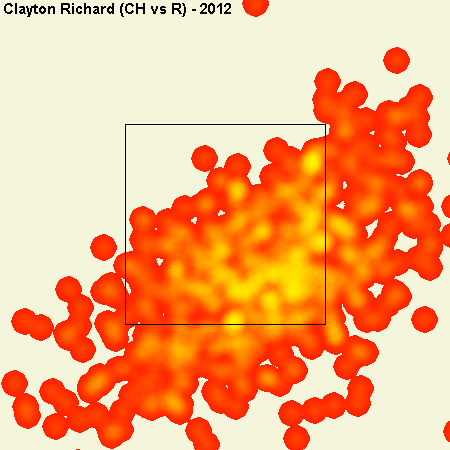 Lind won't start today against the lefty who is historically much tougher against same handed batters. He'll probably pinch hit later in the game. My hopeful lineup:

Find the link between Clayton Richard and the NFL QB with the ninth most passing yards in NFL history.

Hopefully you didn't fall asleep during this preview as Richard (and all the Padres starters other than Cashner) are pretty boring.