Who Are Ya: Jorge de la Rosa

Share All sharing options for: Who Are Ya: Jorge de la Rosa

Josh Johnson takes on lefty Jorge de la Rosa and the Colorado Rockies tonight in some interleague action at the Rogers Centre. De la Rosa has pitched fantastically so far this season with a 3.49 ERA and 3.64 FIP. His walk and strikeout rates aren't too impressive but he's been able to limit his homeruns in the bandbox of Coors field, which is no small feat.

Jorge de la Rosa throws the two-seam and four-seam fastballs, plus a slider, curveball, and splitter. Brooks Baseball is currently down so we can't look too in-depth at what de la Rosa brings to the table unfortunately. Against left handed batters he heavily relies on a fastball-slider combination, while he focuses on a fastball-splitter combination against righties with his other secondary pitches mixed in as well.

Jorge de la Rosa locates his splitter down in the zone and gets right handed hitters to swing over the late breaking pitch. 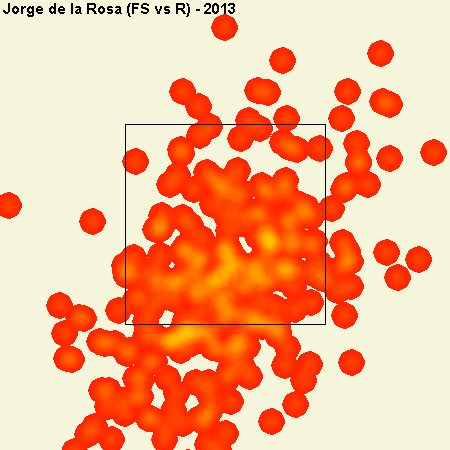 He also pounds the zone with his low 90-mph hard stuff rarely throwing his fastball outside the zone. 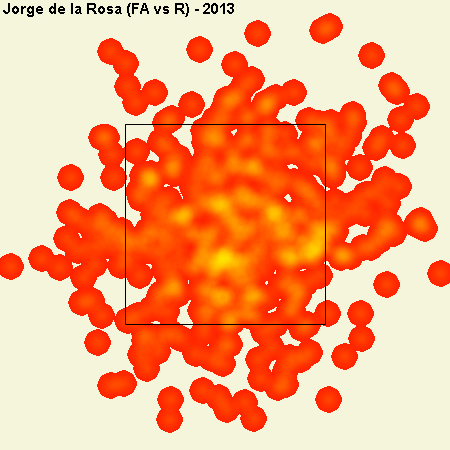 Should Lind Play: Is this a platoon anymore or not?

This is the game in my eyes that will determine whether Adam Lind is still in a platoon situation or not. De la Rosa has held left handed hitters to a .300 wOBA, while allowing a .350 wOBA against right handers. If John Gibbons wants to start throwing Lind in against fairly tough lefties, then this is the game to do it. I'm quite interest to see the lineup tonight.

Here's my hopeful lineup. I suppose it'd be hard to leave Lind out of the lineup so I'm not going to:

For today's "Find the Link":
Find the link between Jorge de la Rosa and the Lansing Lugnuts' ace.
Enjoy the rare glimpse at the Colorado Rockies this series!