Who Are Ya: Juan Nicasio

Share All sharing options for: Who Are Ya: Juan Nicasio

Mark Buehrle takes on Dominican right hander Juan Nicasio tonight as the Blue Jays look to continue streaking. Nicasio signed as an amateur free agent in 2006 and this season marks his third in the big leagues. He's had some unfortunate injuries the last couple years that have limited his starts including this scary fall that resulted in a fractured vertebrae:

So far this season Nicasio has pitched alright in 14 starts racking up an ERA of 4.86 and a FIP of 4.43. His walk (3.28 BB/9) and strikeout (6.20 K/9) are both pretty mediocre and Nicasio looks to be a solid option for a young back of the rotation pitcher. His velocity has also taken from a nosedive from the days where he used to hit 100 as a reliever: 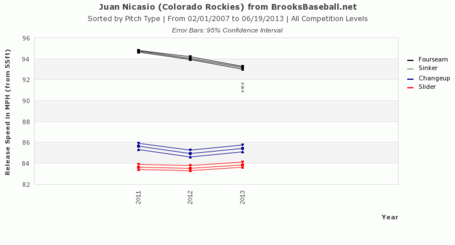 His repertoire is mainly fastball-slider with some sinkers and changeups thrown in. It's a little hard to find out how Nicasio has survived this season going through lineups two or three times with only a two pitch offering against right handers. His slider doesn't look to be very dominant and it doesn't get many whiffs. 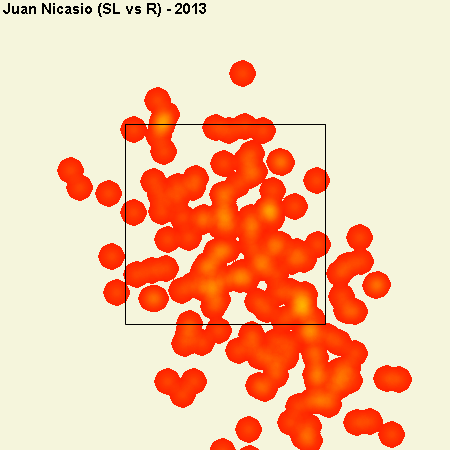 He also pounds the zone with his fastball rarely missing the zone: 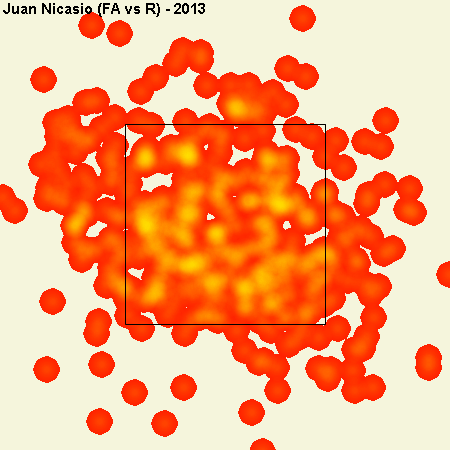 Nicasio is a righty and Adam Lind is now playing against both righties and lefties so he's going to play.

On to the hopeful lineup:

For today's "Find the Link":
Find the link between Juan Nicasio and our loveable Georgian centre-fielder.

This is going to be an interesting game to watch (although I won't get to) because I have no idea how Nicasio has been able to shut down offenses (a mid 4 ERA is still surprising to me) so much this season. If any Rockies' fans are lurking around here, post a comment letting us know how Nicasio has looked this year.