Who Are Ya: Edinson Volquez

Share All sharing options for: Who Are Ya: Edinson Volquez

I think dropping two games to the San Diego Padres represents rock bottom for the 2013 Blue Jays, but a sweep would make it even worse. It's up to Ramon Ortiz, going up against 29-year-old right handed Edinson Volquez. Volquez has gone 62.1 innings this year with an ERA of 5.20 and a FIP of 4.35. His control hasn't been great, represented in his 4.04 BB/9, which is actually pretty low for him with the same being said for his abnormally low K/9 of 5.92. Surprisingly, the move from the bandbox of Great American Ballpark to Petco hasn't really helped him at all even though his HR/FB% has halved.

Volquez throws a four-seamer and a two-seamer both in the low 90's. He complements it with a curveball and a changeup. His pitch usage is pretty even against batters on both side of the plate throwing his changeup almost a fifth of the time against same handed batters. The pitch is usually either located in on the hands or down and away in the dirt. 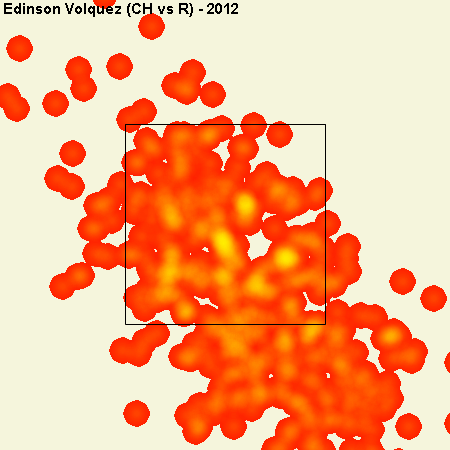 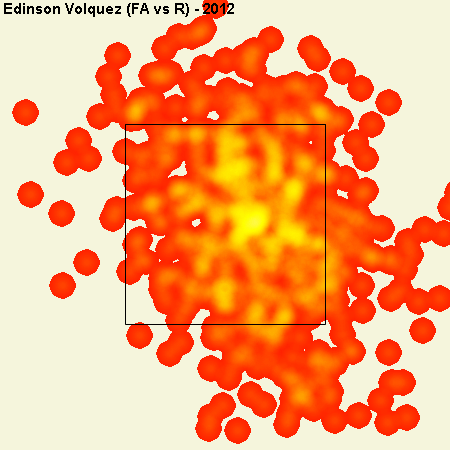 I was falling asleep last night, but I'm pretty sure I saw Adam Lind hitting lefties pretty hard. Against a righty I'm assuming they'll put Lind back in and slot Encarnacion at third again. Volquez is a pretty split-neutral pitcher for what it's worth.

A tough photo "Find the Link!":
Find the link between Edison Volquez and the man in this statue in Port Huron, Michigan (the city in the background is home to some great people)
I really hope the Blue Jays win tonight, I was enjoying watching baseball early in the season even with the losing, but it's getting old.