Who Are Ya: Jeremy Hellickson (Take Four?)

Share All sharing options for: Who Are Ya: Jeremy Hellickson (Take Four?)

As Hellickson always does, he worked arm-side all game rarely venturing away to right-handed hitters: 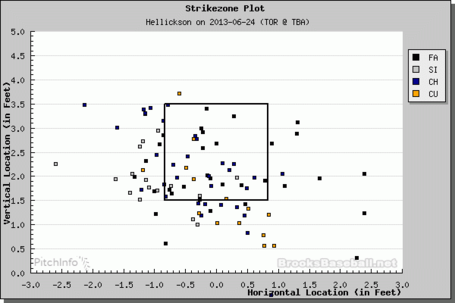 After seeing Hellickson so many times it's hard to dig up anything new on him, but it's interesting to look at how the movement on 75% of his pitches is almost exactly the same with only the curveball having any real movement: 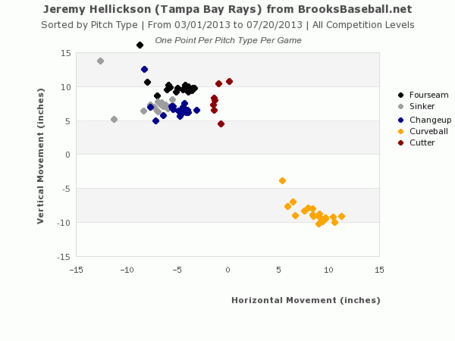 Left handers have traditionally hit Hellickson better, so Josh Thole might get the start although R.A. Dickey is pitching Sunday, which would make it back to back games for Thole. The lineup that I'd like to see features five left-handers and looks like this:

A win would be nice, so would some new opposing pitchers.