Share All sharing options for: J.P. Arencibia Said Some Stuff About Gregg Zaun and Dirk Hayhurst

If you haven't heard the news, J.P. Arencibia had an appearance on The Fan show "Brady & Lang" today. Last night he tweeted a preview of what to expect:

As it turns out, it wasn't that fun. You can go listen to the interview here or I can save you the pain and summarize it below. Essentially J.P. is mad that fans have to hear Gregg Zaun and Dirk Hayhurst point out how bad certain players on the Blue Jays are. Nothing like a little drama between players being paid by Rogers and analysts being paid by Rogers.

I think it's very unfortunate that the fans have to hear those guys talk as much as they do...

That makes two of us J.P., I think it's unfortunate as well.

I know speaking for myself and for the team that there's not one person in the clubhouse who respects those guys cause they're informing the fans the wrong way and it's not right.

I think it's long been a consensus around here that Zaun and Hayhurst are not the optimal people to be informing the fans, but why that's become an issue for J.P. is beyond me. I'm sure the other 24 guys on the team are happy they've been brought into this discussion by their loveable AAAA catcher. The only reason Arencibia cares about what the media is saying to the fans is because it now has to do with him being a bad catcher. I didn't hear the whole clubhouse being outraged when Buck Martinez called Esmil Rogers "Ishmael" or when Gregg Zaun's key to victory for every game was to "Ride the Wave".

One, not a lot of us including myself respect a person who use performance enhancing drugs and was able to stick around as a below average player in the major leagues.

This is a real doozy. If I understand this correctly, J.P. Arencibia said the clubhouse doesn't respect a player who uses performance enhancing drugs. The clubhouse features a man by the name of Melky Cabrera who was suspended for doing that very thing. That would mean Melky Cabrera has no self respect and that's just a shame, hopefully he gets help with that. The ironic part of this statement is that the only difference between Gregg Zaun and J.P. Arencibia is the steroid part. Also, Gregg Zaun was never proven to have used PED's and all allegations came from allegations based on the Mitchell Report so no lawsuits here please.

"Hey kettle, you're black!". Arencibia has more in common with these guys than he even realizes.

I was the catcher in AAA who was busting my butt every single day to try and get the best out of him and he had an opportunity to go up to the Major Leagues that year and I take of pride in helping, and feeling I'm a part of what gave a guy an opportunity. I even remember having conversations with him on how to throw a changeup inside. I thought it was better to throw the changeup in than the changeup away and he had great results with it and I think it's tough to hear people like that criticize, I know it's part of their job, but to sit there and inform the fans "this is wrong and this is not the way" because they quickly forget how hard this game is. 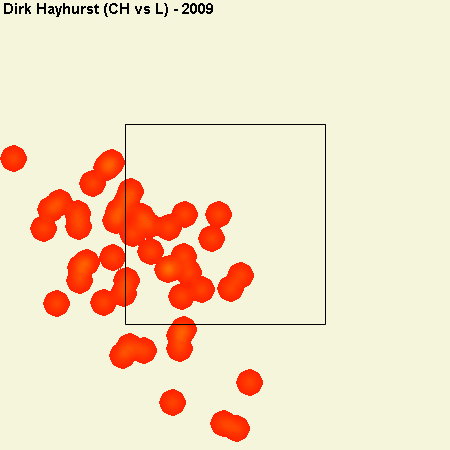 GREAT SUCCESS! Bunch of inside changeups there.

The end of this quote makes it seem like J.P is angry that Hayhurst is telling people what Arencibia is struggling with because Hayhurst himself struggled in the major leagues. That's just silly to think Hayhurst can't criticize anyone because he wasn't a successful big leaguer himself. Funnily enough, I've heard Hayhurst say the exact same thing to fans who "haven't played the game so they wouldn't understand" so it must be a popular excuse when they don't want a fair debate.

Thank goodness they don't do that. Gregg Zaun preaching every pre-game how hard it is to play baseball would be even harder to listen to then what he blabs on about currently. Analysts aren't supposed to just pat players on the back and look past their failings. These are MLB players being paid millions of dollars (or hundreds of thousands in J.P.'s case) and are expected to perform at a certain level. If they don't perform at that level, they can't go blaming media for pointing that out. If you don't want to be criticized by the media for only getting on base 24.4% of the time, you shouldn't respond by pointing out that the analysts saying those things were just as bad at baseball.

Those guys should know how hard it is cause one of them didn't play in the major leagues for more than a month and the other one had a good career, but wasn't that great either so they should really understand and make the fans know "hey it's not that easy".

We all wish Arencibia was an example of the former, but alas he is definitely the latter. After checking back on Zaun's stats in the major leagues, it's pretty clear that he was actually better than Arencibia the majority of his career. I don't understand what point Arencibia is trying to make anymore. He's been playing bad and numerous people have pointed it out to the fans, which is their job. It doesn't matter if the person who says it was an awful high school baseball player or a player who was in the major leagues for 10 years. There's 30 highly coveted starting catching places in the MLB and regardless of how hard the sport is, if you don't perform well enough you'll lose your spot.

All in all, this was a strange rant by J.P. Arencibia fuelled by rising pressure on him and a loosening grip on his starting catcher's job. He decided to thrash out at the people pointing out his flaws instead of internalizing it (like most players) and working on improving his play.

I really dislike both parties of this argument, because generally Zaun and Hayhurst do a pretty poor job of informing the fans, but it's not Arencibia's place to say that. He shouldn't even be listening to those guys talk about him, because it clearly has gotten in his head and frustrated him. I assume all this blows over because it's a silly attempt at starting drama between employees being paid by the same company. The last thing Rogers want is a player on their team starting a rift with the exclusive media outlet because nothing good would come of that.

Let us know in the comments how much you care about these comments on a scale of 1 to "don't care at all". Also vote who's side your on in the poll. It's like choosing between Yankees or Red Sox in my eyes.