Who Are Ya: Scott Diamond

Share All sharing options for: Who Are Ya: Scott Diamond

Left-hander CANADIAN Scott Diamond goes for the Twins today against Todd Redmond in what's sure to (not) be a pitcher's duel. Diamond has started 15 games this year pitching to a 5.18 ERA and a 4.61 FIP with both low strikeout (4.43) and walk (1.84) rates. Diamond went to school in Guelph so this is as close to a hometown game for him as he'll get.

Scott Diamond keeps it simple with his pitches throwing a fastball, curveball, and changeup. He's been a complete fastball-curveball pitcher against left handers and a fastball first with both off-speed pitches at about 20% this year for right handed batters.

Diamond's curveball is much more of the 12-6 variety than many pitchers throw as you can see it almost drops straight down from where his fastball is normally thrown. Overall there isn't much movement on any of his pitches: 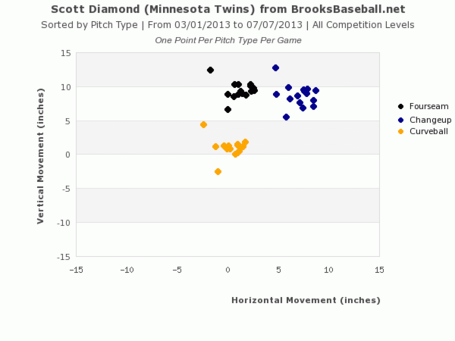 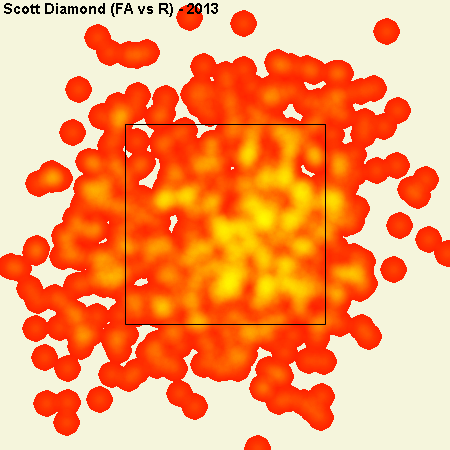 Diamond has severe reverse splits and I was planning to say Lind should play, but the Blue Jays beat me to it:

You would think the extra pitch would allow Diamond to be tougher on lefties, but as it turns out he is more successful with only two pitches against right handed hitters.

Baseball history is always pretty fascinating so today's "Find the Link" is from about a century ago:

Find the link between Scott Diamond and the man with the most sacrifice hits for the team that finished 3rd place in the American League back in 1906.

Enjoy the game. If the Blue Jays can't hit around Scott Diamond, then I think the white flag may need to be prepared.