Who Are Ya: Dallas Keuchel

Share All sharing options for: Who Are Ya: Dallas Keuchel

Dallas Keuchel takes on Mark Buehrle today as the Astros aim for the sweep. TANK TANK TANK. In his first full season, the 25-year-old left hander has a 5.11 ERA and a 4.58 FIP, although his xFIP is 3.68 due to a 19.4% HR/FB rate. He faced the Blue Jays on July 27 going 7.1 innings allowing six runs on ten hits, which included three home runs.

Keuchel throws a fastball, sinker, slider, curveball, changeup and cutter using all of them over 10% other than the curveball. His fastball and sinker, which are thrown over half of the time sit just above 90 MPH. His slider is his go-to pitch when ahead in the count and he throws it over half of the time to left handed hitters with two strikes.

This is quite the movement chart as all the pitches blend together: 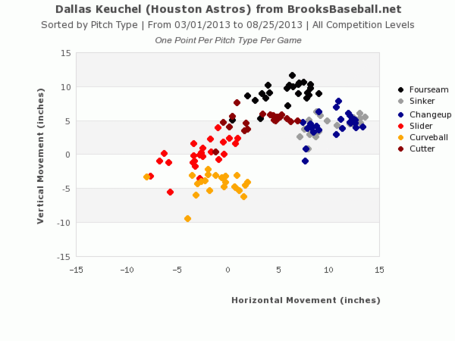 Here's what his fastball looks like in GIF form:

Keuchel is really hurt when he misses up in the zone as you can see with the Isolated Power chart: 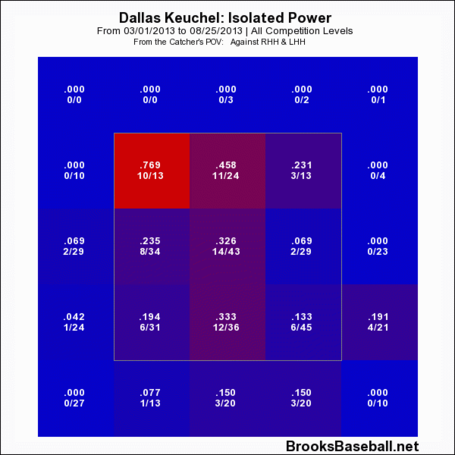 Find the link between Dallas Keuchel and the Red Sox third baseman who has played 21 games this year.

Sixth place! This is a race the Blue Jays might actually win!