Baseball Prospectus has a post up today on prospects who just missed the Top 101 list published a couple days ago. If you'll recall, Marcus Stroman, Aaron Sanchez, and Alberto Tirado all made the grade, while only the first two made Keith Law's list. The "just missed" includes ten players who were in consideration to be in the Top 101, but just missed out in the end. Left-handed pitcher Daniel Norris is included and Jason Parks thinks the 2011 draftee definitely deserved to appear in the main list, saying: 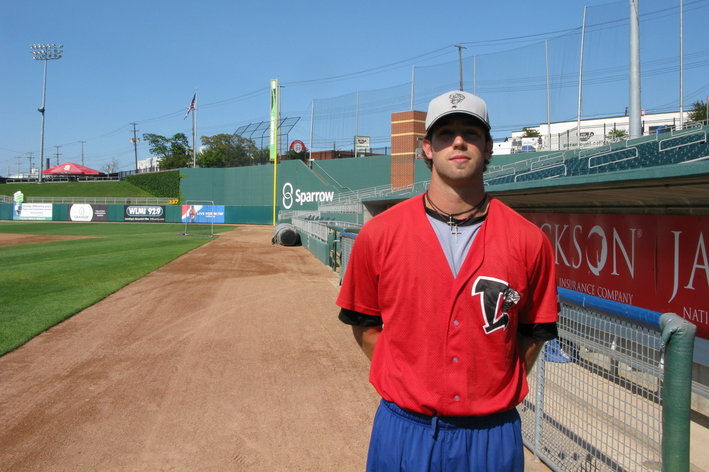 He was as high as no. 80 on a few rough drafts, but slowly trickled down the list before falling off completely so that a few high ceiling/high risk types could get their day in the sun. As much as they belonged, their inclusion shouldn’t have come at the expense of Norris. As far as I’m concerned, this is a top 101 talent.

That's quite a confident endorsement for a pitcher who still has been held back by command and control issues. The stuff is clearly there, though and the solid delivery leads Parks to believe that the command will eventually come around:

...the delivery is actually pretty smooth and his athleticism and overall feel point to a brighter future on the command front.

In his tools ratings, Norris gets 6's thrown on his fastball and slider, as well as a 5+rating on the changeup.Take a look at the delivery for yourself in the video below, which features a look at Norris' fastball and curveball:

Also included on the just missed list are Red Sox prospects 2B Mookie Betts and RHP Allen Webster as well as 2013 draftee crush of yours truly, OF Hunter Renfroe, who was passed over by Toronto in the most recent draft eventually ending up going to the Padres at #13. Renfroe was left off the list for a slightly personal bias for Parks:

I tend to undervalue college bats in favor of higher risk Latin American talent that will probably fail to develop and leave me sad, lonely, and pickling from the inside out.