Share All sharing options for: Blue Jays lose Ervin Santana to the Braves

Free agent starter Ervin Santana, who was reportedly in deep talks with the Blue Jays and Orioles this past weekend, has signed with the Braves, according to a David O'Brien tweet.

Is the Drew Hutchison Optimism Justified? 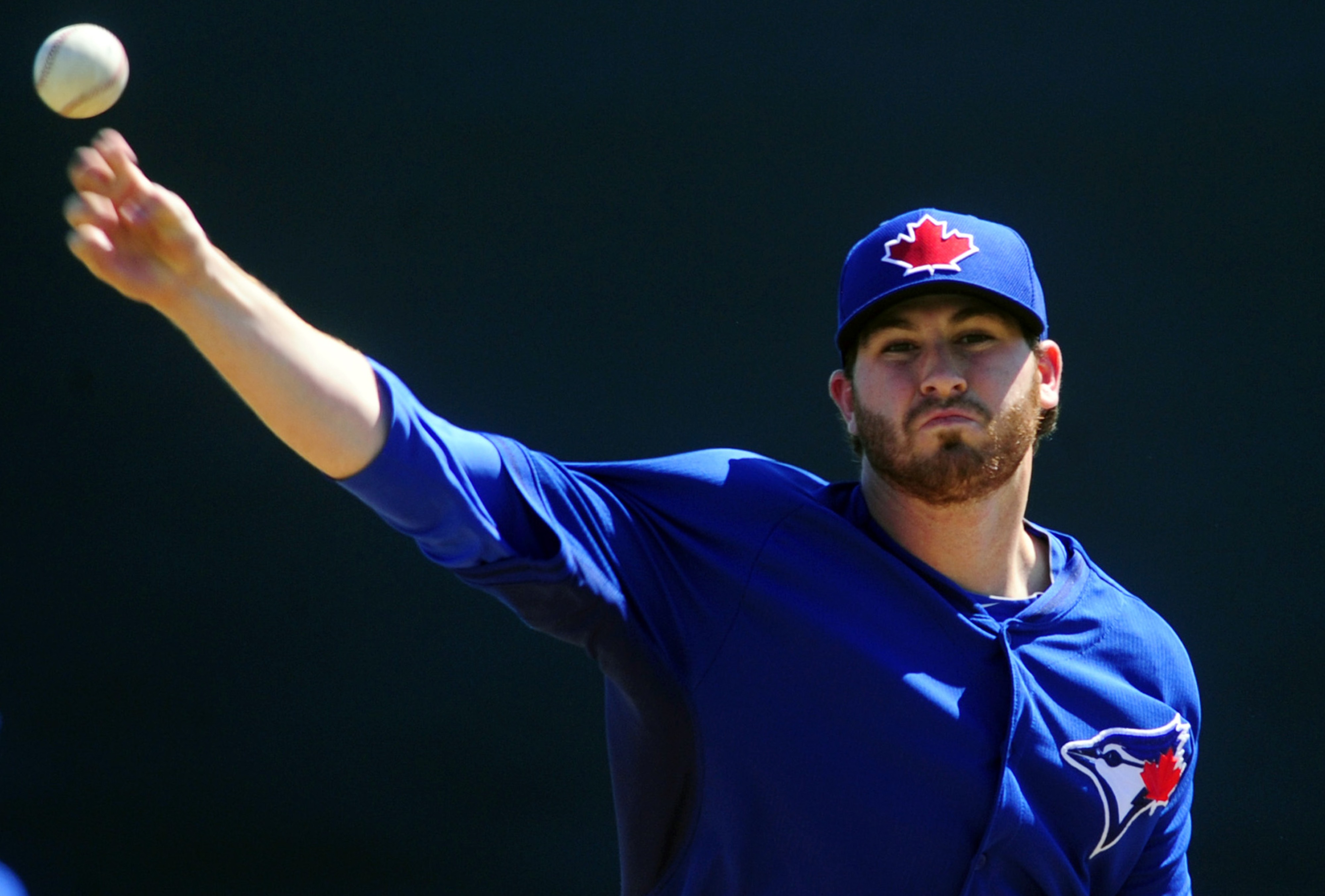 Coming off some strong spring training performances Drew Hutchison is everybody's favorite rotation candidate, but is he worthy of that designation? Nick Ashbourne explores the question.
Clearly, the Blue Jays' (and the Orioles') strategy of waiting out the market for Ervin Santana backfired when the Braves' Kris Medlen left his Sunday start with obvious pain in his right elbow. MRIs taken on Monday revealed ligament damage, and before Medlen even sought a second opinion, the Braves called up Santana to talk a possible deal. In other words, the Braves saw a need for better starting pitching and then went out to get it at a bargain price, thanks to the inaction and hesitance of the Blue Jays and other teams interested in him.

The only solace for angry Blue Jays fans is that at least Santana signed out of division in the other league.

I promised more and here it is!

This morning, Alex Anthopoulos told Sportsnet 590's Jeff Blair that "ultimately [Ervin Santana] wanted to go to the NL." I believe that--it makes sense for a pitcher who wants a one-year deal to try the market again in the next season, as we saw with Josh Johnson in the offseason. However, during this weekend, all signs indicated that the Blue Jays weren't competing against a National League club. They were close to signing Santana, but their offer was obviously not sweet enough for Santana and his camp to stop waiting for a better contract, and thanks to a bit of luck with Medlen's injury, and the Braves' willingness to sign Santana, their decision to wait turned out to be right. So, when it comes down to it the Blue Jays (rightly or wrongly) were simply not willing to offer more than $14 million on a one-year deal for Santana. That may be what the Blue Jays decided to be fair value for Santana, and they took the gamble with him not getting a better deal, but the cost of that was to leave the door open for other clubs, and the Braves knocked and walked right in.

I don't think I am angry. I think I'm just disappointed (I sound like my mom) that the Jays front office were not able to use their resources ($$$) to improve the team. I don't believe that they should throw money at someone just to show fans that they were doing something, but here it really seemed like they were able to sign a starting pitcher to a relatively low-risk one-year deal and came out empty-handed. Sure, the Jays are very likely to improve in 2014, and the starting pitching depth is much better as well, but last season Anthopoulos went "all-in" (a term he dislikes, apparently) and traded Noah Syndergaard and Travis d'Arnaud for R.A. Dickey in a "putting-the-team-over-the-top" type deal. I still think that deal was worth it at the time, because we know that the Jose Bautista-Edwin Encarnacion core has a finite lifetime. And now the front office philosophy seems to be "we could use some help, but what we have could be good enough."

Maybe I'm actually disappointed at how it seems that the is no big plan in the front office, or at least no plan that the club is prepared to stick with. I don't know. I'll move on because this is turning dangerously into a stream-of-consciousness post.

Reaction to some of the comments:

is AA going to be held accountable

for having a 6 month vacation and generally showing a lack of commitment to his job?

Well, yes he is going to be held accountable for the way he handled this offseason, but I don't believe for one second that he took a "vacation" or is not committed to his job. I may be disappointed with how things turned out and the decisions he made, but I don't think that he isn't completely dedicated to improving the team. I don't think anyone in or out of the Jays front office would complain about his work ethic.

To the extent that this is a loss for the Jays, from my angle it certainly looks like an empty one. But everyone’s mileage will vary on that point.

I really don’t understand the dire tone of the post. The Braves got him at a bargain price? Really? If he was such a bargain why weren’t they interested initially when he switched his demands on years? It’s not that they got a huge bargain – it’s that they suddenly had a huge need for SP, and basically paid at or slightly above the prior bidding.

Inaction and hesitance by the Jays? I don’t see how that’s the case. When he switched his demands to one-year, they were all over it. They got topped by a better bid: marginally better salary, better home/division ballparks, and a team that looks more likely to contend. If the argument is the Jays should have upped their bid, fine….but nothing to do with inaction and hesitance.

I will say this though – if the Jays are competitive and reasonably competitive come June or July, but with some serious holes, I’ll be pretty pissed if they don’t go out and fill them since clearly there’s salary room.

Did  the first version of this post (everything above "UPDATE") really seem dire? I didn't mean it to be read that way. Perhaps the phrase in focus is "inaction and hesitance". Maybe not the right words to use, but the Blue Jays could have closed the door on the one-year deal by paying him more to get him to sign right away. The "bargain" I wrote refers to how Santana was willing to come down to one year. Perhaps the Jays would've had to pay $15 million or $16 million to secure him, and that might be a little too much for me as well, but it's for one year. Perhaps Boston Pizza should've offered up 200 or 300 free pizzas.

Perhaps angry Jays fans have another solace above what I first mentioned--salary room for in-season trades. Maybe that will ultimately work out better because then they'll know exactly what they do and do not need. But chances are, their needs will be: a starting pitcher, and a starting second baseman.

A little hyperbole, I admit, but to me, the Blue Jays went through the entire offseason waiting for the market on starting pitching to drop. It did and Santana said he was OK with signing a one-year deal, and the two sides came close to having a deal but the Jays chose to take the gamble that their deal would ultimately be the best one out there. They lost the gamble, and the starter that was close to being theirs.