Quite the pitching matchup this afternoon with Brandon Morrow facing off against the easily sunburnt Clay Buchholz. Our old friend Clay has been horrifically dreadful this season allowing 16 earned runs in just 18.2 innings along with 33 hits. His stats are a little inflated thanks to a .426 BABIP, proving that baseball gods really do exist. He hasn't faced many powerhouse lineups either, going up against the Brewers, Yankees, White Sox, and Orioles, never pitching into the seventh inning. It will be important for the Blue Jays to knock him out of the game early and start trying to wear out the Boston bullpen.

Buchholz has used six pitches this year including a fastball, sinker, cutter, splitter, curveball, and changeup. Depending on the day, Buchholz can have some VERY impressive movement on his cutter and splitter: 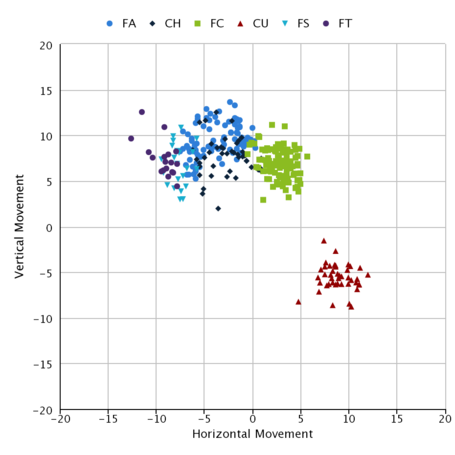 First pitch is fast approaching so we'll check out a GIF of his silly curveball and get right into the posted lineups:

The Blue Jays are finally giving Moises Sierra a chance to earn his valuable roster spot, while also giving Encarnacion a rest:

Find the link between Clay Buchholz and the (one of the many) Blue Jays long man who came from the AL team in Ohio.

A win would be pretty nice today...