The big day is finally here as the Blue Jays open their home campaign tonight against the New York Yankees. A great pitching matchup sees Dustin McGowan making his first start since 2011 against Masahiro Tanaka making his first start in the major leagues ever. The Yankees opened the season down in Houston and lost their first two games before getting their first post Mariano Rivera save and win last night. New York had a bit of a strange offseason adding big pieces in Brian McCann, Jacoby Ellsbury, Carlos Beltran and the aforementioned Tanaka, while losing an even bigger piece in Robinson Cano to the Mariners. The team now has a combination of all-star and replacement level players sharing the diamond, so the 2014 season should be an interesting one for them: 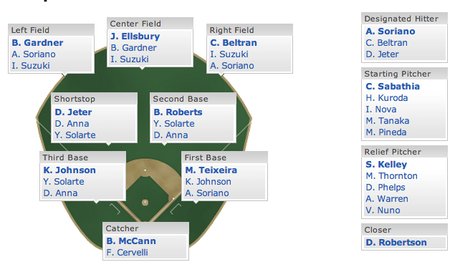 Teams won't have a ton of information on the right-handed Tanaka due to his lack of appearances on this side of the Pacific, but they will at least have spring training video to go off of. The 25-year-old features four pitches often relying on his low-90's fastball, as well as a fantastic splitter and a great slider. His curveball is less often used, but still makes an appearance from time to time. Here's the nasty splitter in action:

As you can see in the video below, he has the ability to strike out batters with any of his three main pitches:

On the other side of the diamond, Dustin McGowan will make his triumphant return to the Roger's Centre mound after a roller coaster ride of emotions in the past decade. After being drafted in June of 2000, when yours truly was in kindergarten, McGowan became a top prospect and looked to have a bright future ahead of him. After some injuries the Blue Jays were nearly forced to expose him to waivers before the league granted him a valuable fourth option year. After that came a variety of different injuries that have resulted in him rarely toeing a major league mound until recently. Everyone knows the story now of how he entered spring training fighting for any sort of role on the major league team and ended up miraculously pitching his way into the home opener spot. It's quite the feel good story and McGowan is excited about the opportunity as outlined in a nice post by Brendan Kennedy at The Toronto Star.

If your memory isn't the best and you've forgotten what the 32-year-old throws, let me remind you. The righty features a four-seam fastball and sinker both in the low to mid 90's as well as a changeup and nasty slider. We're going to find out pretty soon if the curveball he had been working on in the spring is going to carry over to the regular season as well. His curveball grip was featured on Sportsnet.ca recently so at least he knows how to hold it: 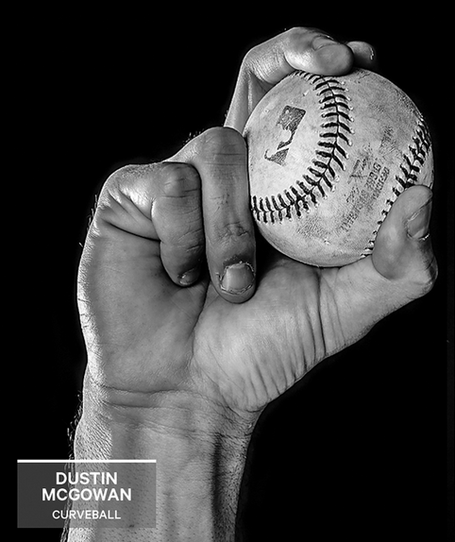 Amazingly after so many different surgeries, McGowan has hardly lost any velocity although starting games will be a whole different animal. If you were to guess where one of McGowan's pitches was going, low glove side would be a good guess: 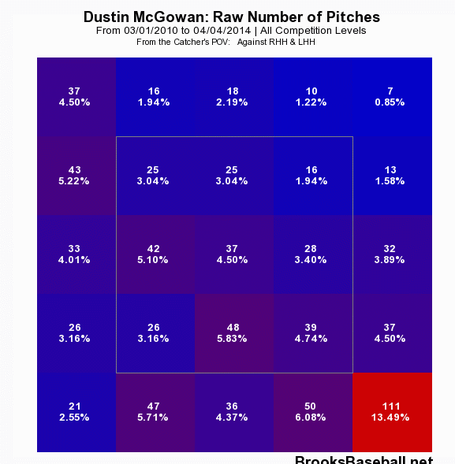 If the dome wasn't going to be loud enough tonight, then this should really put it over the edge:

Find the link between Dustin McGowan and the pitching coach of the Perth Heat.

Enjoy the game folks and if you're going to the dome don't get too drunk, beer isn't cheap.