After notching two saves for the Buffalo Bisons to begin 2014 (and going 18-for-18 in save opportunities since 2013), right-hander Neil Wagner has been recalled to the Blue Jays before Thursday evening's game against the Astros. To make room for Wagner, Marcus Walden was optioned to Buffalo. Essentially, the Blue Jays swapped an accidental call-up who could've acted as an emergency long reliever for a good one-inning reliever. Having used SteveDelabar, Aaron Loup, Brett Cecil, and Sergio Santos last night, the Jays probably figured that they needed a Wagner-type pitcher more than Chad Jenkins, a guy who can be given longer assignments.

Wagner, 30, first joined the Blue Jays as a minor league free agent in 2013 and was a very effective closer in triple-A before he was called up at the end of May. Wagner held major league hitters scoreless through his first six appearances, and was very effective through the end of August. He hit a bit of a bump in September, but it was partially due to an elevated BABIP in that month. He still finished the year with a 3.79 ERA (3.53 xFIP), 1.368 WHIP, and striking out 20.5% and walking 8.1% of batters he faced through 38 innings of work. 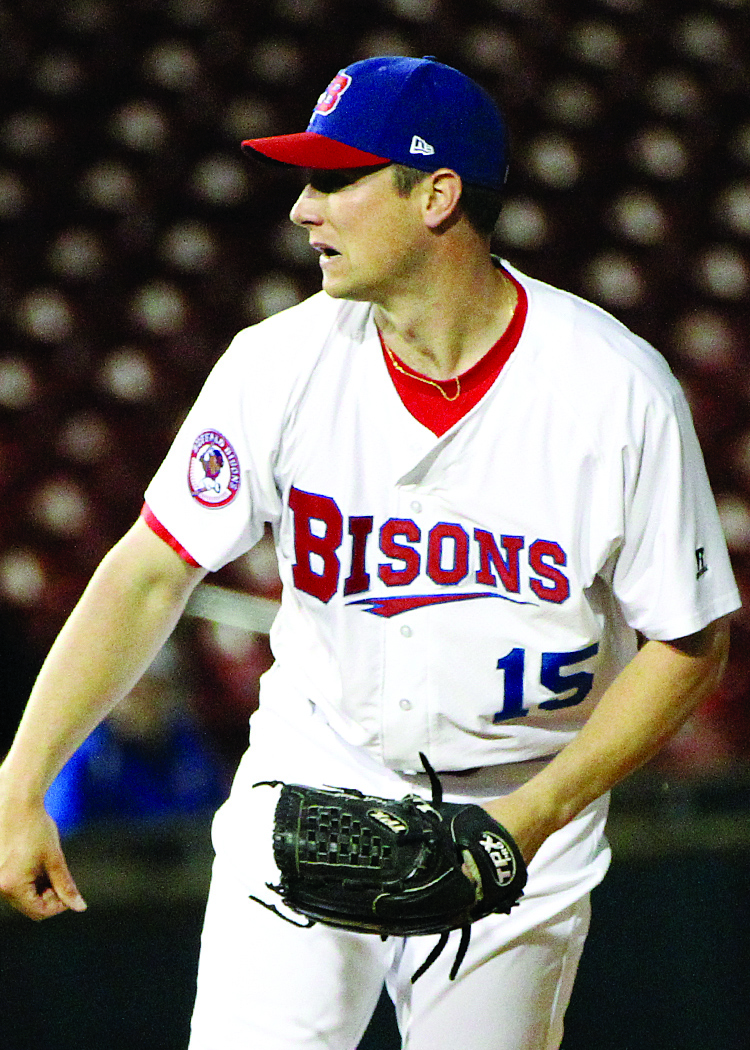 Bluebird Banter's interview with Neil Wagner just before his first call-up in 2013.

His main offering is a fastball that reaches 96 mph, supplemented by a mix of a slider and a change which are about 10 mph slower. It was quite a thing to see him, Steve Delabar, Dustin McGowan, and Sergio Santos light up the radar guns out of the bullpen last year. I am glad to see him back up with the team, although he is probably the first one to be sent back to triple-A when J.A. Happ or Casey Janssen returns, as he is one of those rare but precious commodities: a reliever with options.

Going the other way is Walden, who joins (hopefully temporarily) Brian Jeroloman as "phantom players"--ones who have been on a major league roster at some point, but never appeared in a game. Walden really should never have been called up so soon (he had not appeared above double-A before 2014), but the Blue Jays front office forgot about a key rule about optional assignments.

After last Friday's Home Opener, the Jays designated Jeremy Jeffress for assignment, wanting to recall Chad Jenkins as another long-man in the 'pen; however, the club forgot that players--like Jenkins--on optional assignments can only be recalled after a 10-day period had elapsed, unless the player was called up to replace someone going on the disabled list. So despite having announced the move to the media Friday night, the club had to retract it and announce in the morning that they were going to choose Walden instead. Because Walden was not on the 40-man roster to start the season, was eligible to be called up.

For me, the front office forgetting about the 10-day rule with options--formally Major League Rule 11(b)(1)--is more embarrassing for the club than the story that they had to go to their players, hat-in-hand, to ask for a loan to sign Ervin Santana. The Jenkins move just demonstrated negligence, probably stemming from desperation. It's not like there is too much negative associated with placing a 25-year-old minor league free agent like Marcus Walden on the roster as the club would not be losing much if they decide to outright him, but this mistake just irked me a lot. At the PITCH event on Monday, Shi Davidi suggested that perhaps the lost of assistant general manager Jay Sartori in the offseason may have contributed to this mistake.

By the way, it is April 9, so 10 days has elapsed since the beginning of the season, so Wagner's callup is legal, but it's incredible that I had to check the calendar to make sure.