The Blue Jays look to get back to their winning ways this afternoon as they once again go up against the Los Angeles Angels of Anaheim. J.A. Happ toes the rubber for Toronto, facing off with Tyler Skaggs of the Angels. Skaggs is a 22-year-old lefty who was originally drafted by Anaheim then traded to Arizona and then traded back to Anaheim in the Mark Trumbo deal. So far this season he's been just okay, sitting with an ERA of 4.54 and a FIP of 4.22.

The southpaw pitcher mainly throws a fastball, sinker, curveball, and changeup with his hard stuff in the low to mid-90's. Skaggs' curveball is his go-to off-speed pitch, while his changeup is mainly thrown to right-handed hitters to keep them honest in fastball counts. When the curve is located well, it's pretty much completely unhittable and even has its own Twitter page. Quite the hook: 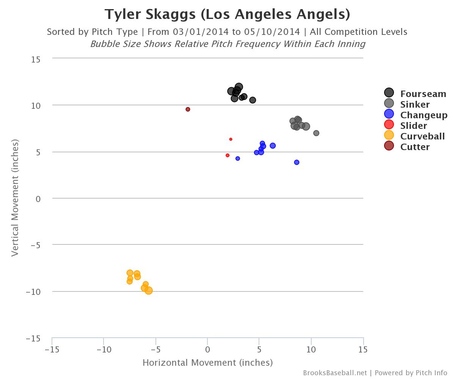 He also has three fairly distinct release points for his main pitches, which is never ideal: 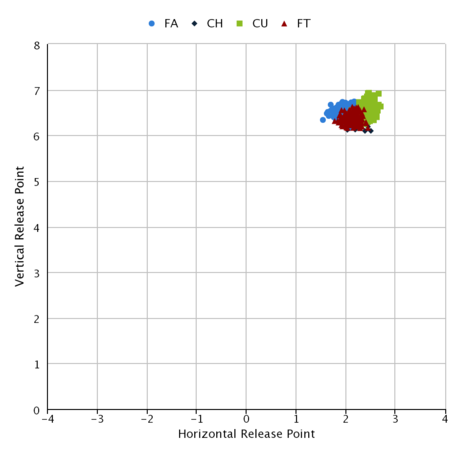 It seems that Sunday will be the day that Brett Lawrie returns to the lineup.

Find the link between Tyler Skaggs and the Blue Jays draft pick between Matt Boyd and Kendall Graveman.

Tyler Skaggs has a nasty hook, but still isn't that dominant, this game could get a little wild.