The 21-21 Blue Jays visit the state of Texas today to take on the 20-21 Rangers in a three-game weekend series. Drew Hutchison takes on star right-hander Yu Darvish. Texas has been smashed by injuries and their starting pitching hasn't been so hot, so this team definitely isn't the powerhouse Rangers of past years. Naturally the one starting pitcher who has performed well for the Rangers is the one the Blue Jays have to face off against in the series opener. Also, fan favourite J.P. Arencibia is on this team: 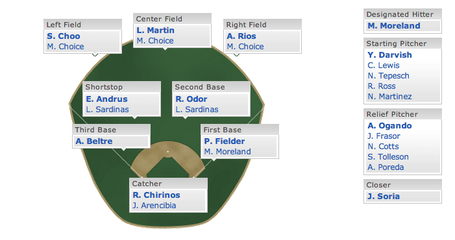 Darvish has a 2.33 ERA and a 28.4% K-rate this year, so he's as good as he always is. He still throws a massive amount of pitches including (deep breath): a fastball, sinker, changeup, slider, cutter, curveball, splitter, and a slow curve. He's thrown each of those pitches at least 25 times this year, so they're not just mislabeled versions of other pitches. So here's what that looks like: 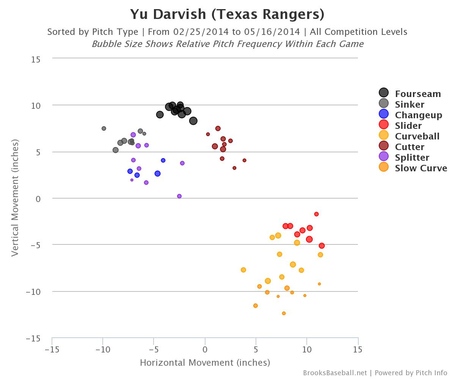 Yu Darvish is as good as he ever was (maybe better) so this could be one of those ugly games in Texas that the Blue Jays seem to have every year.