After Drew Hutchison outdueled Yu Darvish last night, Mark Buehrle tries to do the same against Robbie Ross. Ross is a 24-year-old left-hander who was drafted in the second round of the 2008 draft out of high school in Kentucky. He was a fairly effective reliever in 2012 and 2013, but was pushed into a rotation role this season due to all of the injuries to the Rangers pitching staff. It started out alright, but the last handful of starts have been pretty bad, which gives him an ERA of 5.04 currently.

Ross throws a fastball (which has a cutting action), sinker, changeup, curveball, and slider. He just throws a lot of fastballs if we're being honest: 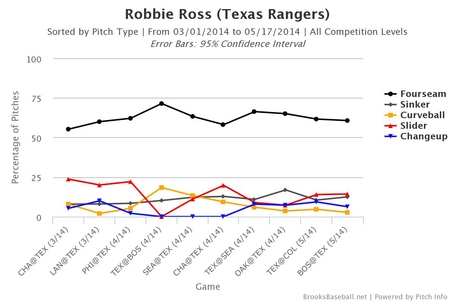 I can't help but see a lot of J.A. Happ in Robbie Ross and his pitching style. Ross tends to leave his fastball up in the zone against right-handed hitters, which is always a good thing for Blue Jays sluggers: 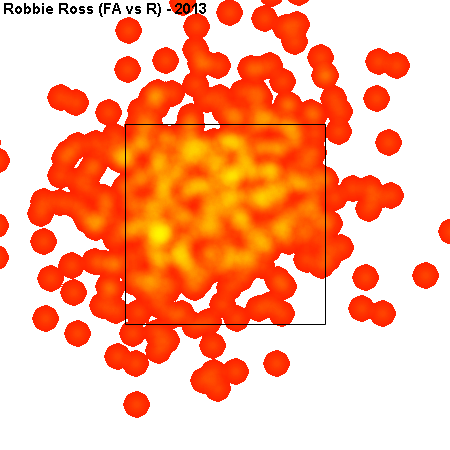 Robbie Ross has reverse splits, so you might as well just leave Adam Lind in there with the way the bench is at this point.