The Blue Jays go for a sweep like MEN this afternoon at 4:00pm as Mark Buehrle goes up against fellow left-hander Jon Lester. The Red Sox ace has gotten off to a hot start this year allowing only 18 earned runs in 60.2 innings (2.67 ERA) thanks in large part to a K% of 30%, which is well above his 21% career average. The game he allowed the most earned runs in this year was against our very own Blue Jays on April 27, so it isn't all bad news.

This year Lester has pretty much ditched his changeup in favour of his cutter, which has turned out quite well for him obviously. So far this season 81% of his pitches have been either fastballs or cutters, so he's posting his huge strikeout numbers despite being fairly predictable. 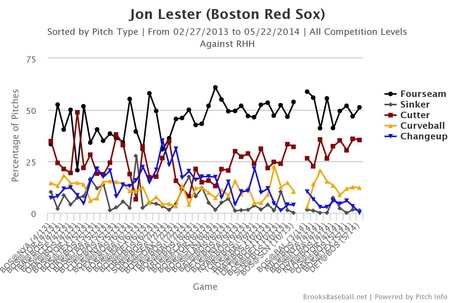 Lester commands his cutter remarkably well and pounds the glove side of the zone with it against hitters on both sides of the plate: 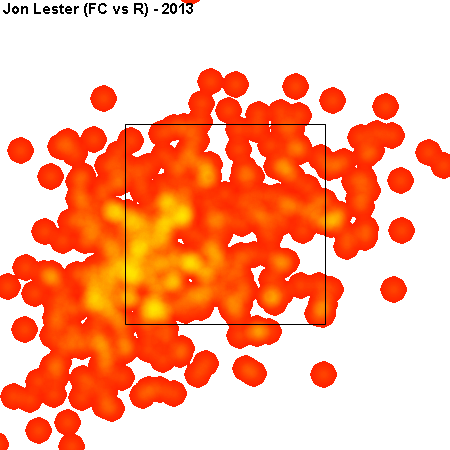 Well I guess they want Anthony Gose in there for his defense.

Jon Lester is going to throw fastballs and cutters, the Blue Jays have to hit them like MEN.