Those last two games count as a sweep right? After the Blue Jays won two games in Philadelphia, the teams took the same plane (not really) back to Toronto last night to finish this four-game set. Phillies ace (co-ace?) Cliff Lee toes the mound today against fellow left-hander Mark Buehrle. Lee has been, not shockingly, solid to start the season as he usually is. In 48.0 innings he's allowed 16 earned runs with a silly BB% of 3% and a FIP of 2.42.

It's been a while since Cliff Lee was in the American League so here's a little reminder of what he likes to do. Mainly a fastball, cutter, changeup pitcher, he will occasionally toss in a curveball as well. It seems the 35-year-old is greatly under appreciated by baseball fans who don't watch him a lot, as he's been dominant for nearly seven years now and has hardly lost a tick of velocity (although it's been a little up and down this season): 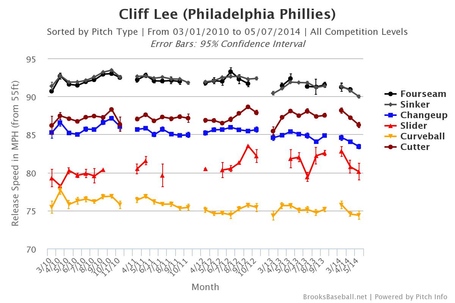 What does a command pitcher with a good changeup equal? Danger against right-handers: 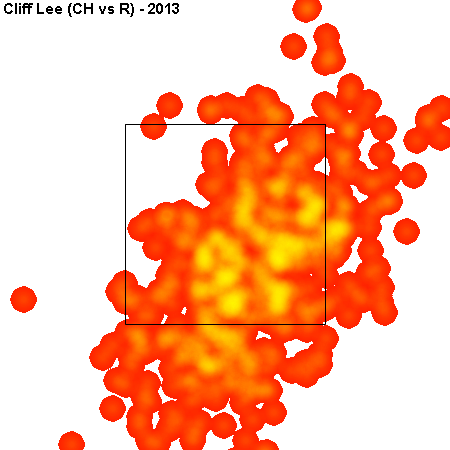 Cliff Lee has a .254 BA against him from batters on both sides of the plate! He's pretty split neutral....

This lineup is actually pretty great.

Find the link between Cliff Lee and the man who has won four of the last six NL 2B Gold Gloves.

Since people on the Internet are impatient, I think I'm going to start adding a simple sentence to summarize the preview each day.

Cliff Lee is still a good pitcher and isn't going to walk anyone, expect a pitcher's duel.