Colby Rasmus is coming back
His hammies 'n hips were out of whack
Going the other way
Back down to triple-A
Is the guy who hit him in the eye sac.

Transactions in limerick may be absurd
But Anthony Gose is now back with the Herd.
Gary Allenson may not be pleased
But Blue Jays fans must feel at ease
'Cause they won't see him struggle as a bird.

With the triple-A Bisons Rasmus hit .136
I guess timing at the plate has no quick fix
On turf his injuries may just linger
Might be a while before his next dinger
But at least he'll hit better than Jayson Nix.

Tonight Colby played all nine in centrefield
We've yet to see the power his bat could yield
But he hasn't played as a Jay
Since they won on the 12th of May
I'm just glad he's close to healed.

Anthony's demotion was not a heartbreaker
Even though he covers ground by the acre
His numbers so far
Have been quite below par
He can't even blame Jordan Baker. 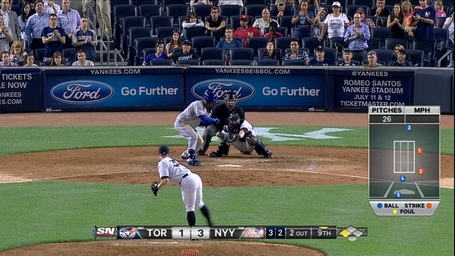