The Blue Jays make the short trip to Michigan to start off a three-game set with the Tigers tonight at Comerica Park. Detroit is having another stellar season and currently sit at 31-22, which is good enough for first in the American League Central. The Tigers starting pitching hasn't been quite as dominant as usual, but the offence has picked up the slack and the team looks likely to cruise to a fourth straight division crown. Not much has changed with the team since last year other than the obvious addition of Ian Kinsler, who was traded for Prince Fielder, and our old friend Rajai Davis starting out in left field. Highly-rated prospect Nick Castellanos has also been a mainstay at third base for Detroit, but he's struggled to get on base enough in his first full season in the majors. 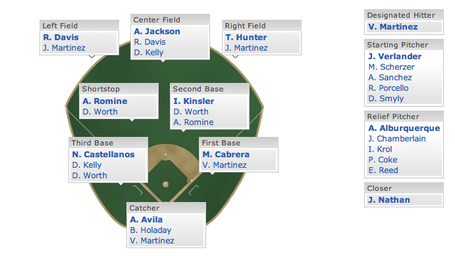 The pitching match-up this evening sees Drew Hutchison facing off against Anibal Sanchez, who has been the Tigers best starter so far this season. In eight starts, Sanchez has an ERA of 2.49 with a FIP of 2.22 and has not given up a single home run yet! About half of his pitches this season have been fastballs, while the slider and changeup have been the main off-speed pitches. Sanchez has slowly started to use his changeup more often against right-handed batters, making him a little less predictable against same-handed batters than he used to be. His slider is still his go-to breaking pitch and he buries it away in the dirt against right-handed hitters: 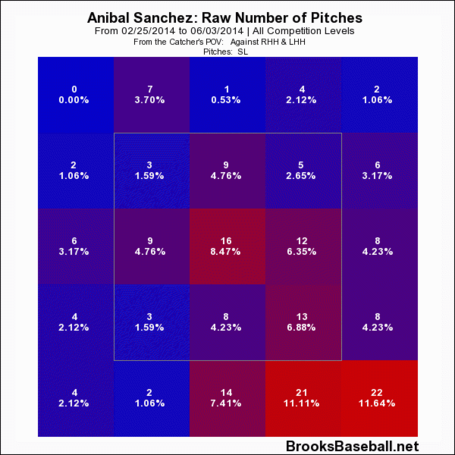 Find the link between Anibal Sanchez and the Caracazo.

Anibal Sanchez has yet to surrender a home run this season, which might have to change if the Blue Jays want to win this game.