The first place Blue Jays (38-25) are looking to snap their nasty one-game losing streak this afternoon, with Drew Hutchison facing Cardinals (32-31) left hander Jaime Garcia. Jose Reyes's bobblehead will be given out to the first 20,000 fans into the stadium, and if you aren't in there by the time you read this, it's probably too late to get the giveaway. Sorry.

One year ago today

The second place Texas Rangers (36-25) were in Toronto to face the last place Blue Jays (27-34), who were on a nice two-game winning streak going into the game. Mark Buehrle was starting against Yu Darvish in front of a big 44,079 crowd down at the dome. However, only a fraction were there to see the Jays' walkoff win, because it took them 18 innings to finish the ballgame.

Toronto took an early lead on a Colby Rasmu two-run triple (miss u, colby) that ended up giving the Jays three runs after a Jurickson Profar throwing error.

In any case, both teams traded zeros until the bottom of the 18th. Emilio Bonifacio (remember him?) singled to get on first, but later advanced to third on pitcher Ross Wolf's pickoff attempt that went wide of first. Rajai Davis then promptly singled down the line to end one of the the longest games in franchise history (although not the longest game of the day as the Marlins and Mets went 20 innings).

The Blue Jays used nine pitchers, and they threw a total of 268 pitches. Other happenings in this game:

You can read Tom's recap of the game here. I'm at the ballpark today so let's hope it doesn't go 18 (mostly because they stop serving booze after the seventh).

Remember we have rules around here. Some reminders, don't talk about illegal streams,don't argue the rules, don't piss off the mods and don't be terrible. Also no Gifs or pictures until the game ends.... except I get to put down this one, because the Jays got shut out yesterday: 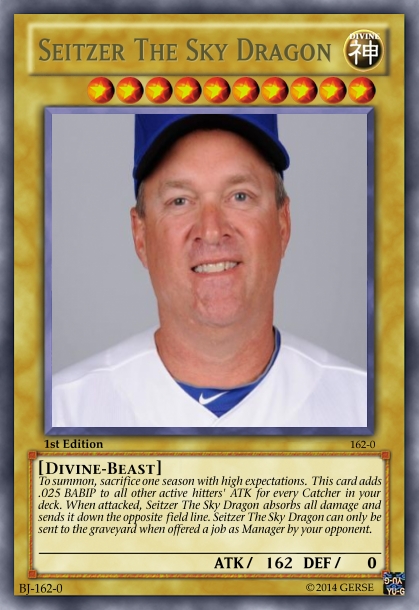