With the end of the minor league regular seasons and the arrival of September comes the expansion of the active roster limit to 40 and the call-up of rookies looking to make their major league debuts. Since the completion of their final game on Sunday, the Blue Jays made a number of moves that affected their 40-man roster. Gone are Matt Hague and Darin Mastroianni as George Kottaras, Dalton Pompey, Daniel Norris, John Mayberry Jr., and Kendall Graveman were added.

Those moves led to a big update to the Blue Jays Roster Tree Route Map (click here for the permanent link), which is a graphical representation of how each member of the current 40-man roster arrived on the team. 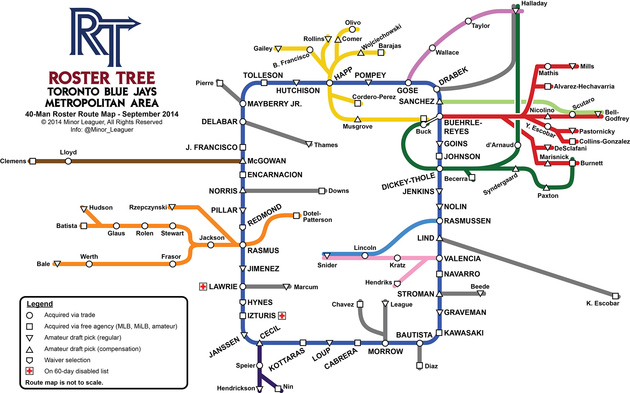 Past versions of the route map can be found here: