Share All sharing options for: Blue Jays will be wearing new white panel caps on Sunday

To celebrate Turn Back the Dial to 1985 day on Sunday, the 2015 Toronto Blue Jays will be wearing a brand new white panel cap design, according to the team's official Twitter account. This new alternate cap will feature the modern Blue Jays logo while evoking the design of the white panel caps that were worn from the club's inception in 1977 until 1993.

We will be wearing this cap for Sunday's game vs the #Yankees! #TurnBackTheDial @MLB pic.twitter.com/Buxji1NGIt

According to Stephen Brooks, senior vice president, business operations of the Blue Jays, the club wanted to celebrate the 30th anniversary of the 1985 Blue Jays, who captured the franchise's first American League East division title. There are currently no plans to adopt it as a regular alternate cap going forward, although if we all ask for it maybe it'll happen. 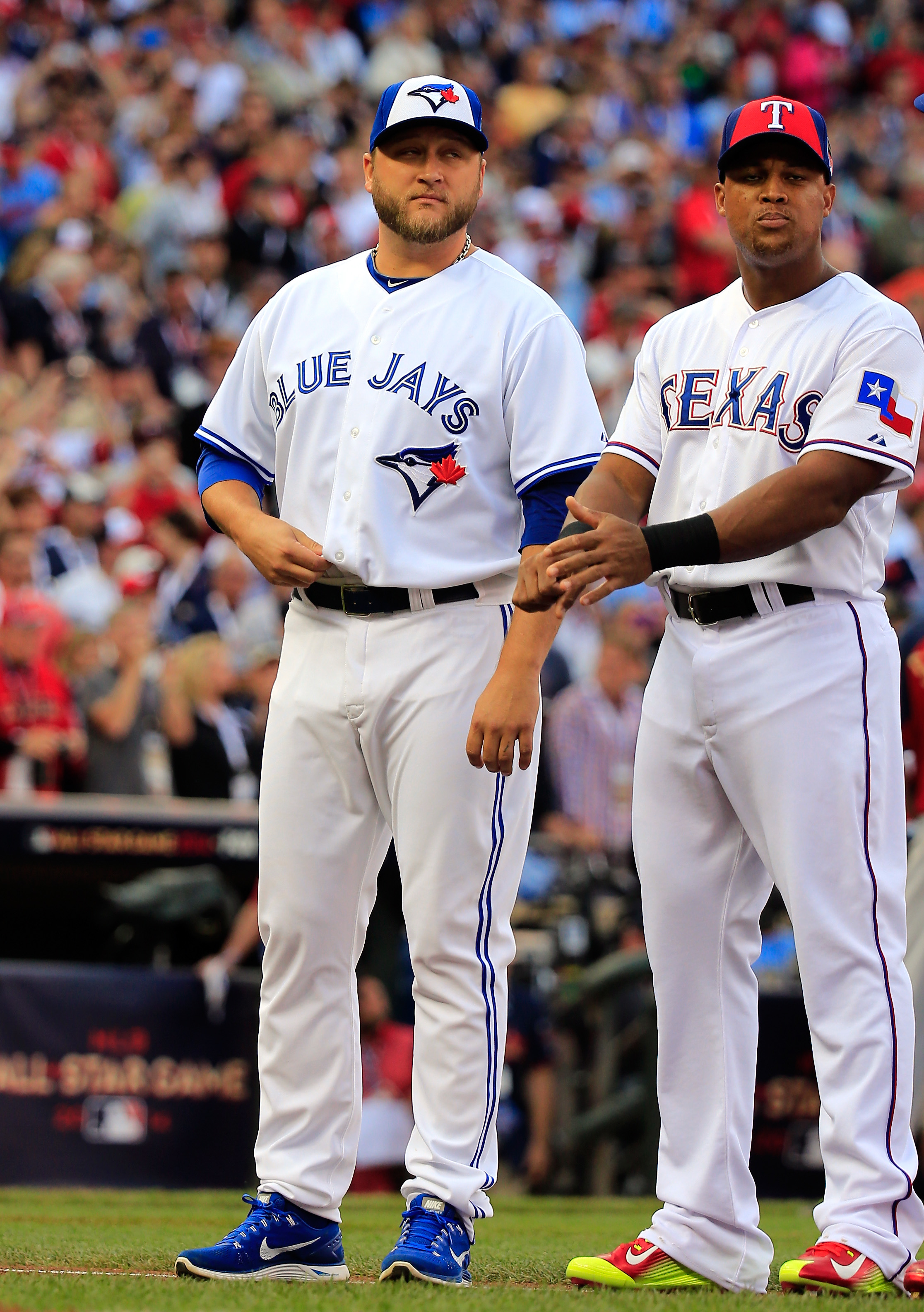 It has been long expected that the Blue Jays would eventually introduce a white panel version of their modern cap logo ever since its unveiling back in 2011 but it made business sense to hold off its introduction until a few years afterwards. Interestingly, the Blue Jays first introduced this white panel cap back on June 28 as a giveaway item although now that it is official, a fitted version will be made available at the Jays Shop.

A version of the white-fronted cap was worn by Mark Buehrle and Jose Bautista at the 2014 All-Star Game in Minneapolis, but that version had a sloping front panel instead of the straight front panel we see in the cap the Jays will wear on Sunday.

The Blue Jays wore their original front-panel cap for both home and away games from 1977 through 1988. In 1989, the all-blue cap was introduced as the team's road cap. The home-and-road cap (and helmet, for that matter) arrangement lasted until midway in the 1993 season when the Jays completely dropped the white-panel cap and wore the all-blue version exclusively for all home and road games until their logo change after the 1996 season. The white-panel cap made a brief return on Victoria Day in 2001 (during another Turn Back the Clocks event) and then again for Friday home games between 2008 and 2010 when the Blue Jays wore their throwback powder blues. 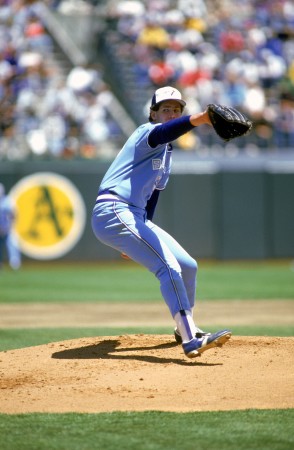 Interestingly, the Blue Jays decided to stop their white panel caps right in the middle of the 1993 season after the team had a five-game losing streak. After a 4-3 loss against the White Sox at SkyDome on July 5, that team switched to wearing their all-blue road caps on July 6 and promptly won 5-1 over Jack McDowell and didn't wear them again for the rest of the season. (Although the seven Blue Jays selected to the All-Star Game wore the white panel cap again for the festivities. Also: check out Andres Galarraga and Carlos Baerga's cell phones!)

According to Jeff Ross in a piece by Neil Campbell in the Globe and Mail from July 7, 1993, the switch was not based on superstitious beliefs (yea, right).

"We wanted to see how the blue hats looked with the white uniforms," Blue Jay equipment manager Jeff Ross said. "It wasn't really a superstitious thing, but when you've lost five in a row it's a good time to try something like that. If you win five in a row and change something the players aren't going to be too happy if you lose."

Interestingly, Campbell revealed that there had already been plans to ditch the white panel caps after the 1993 season and the losing streak just brought the change a half-season sooner. Campbell also said that the "old" caps looked "awful." Frankly, when back then even I thought the were ugly, but tastes change and nostalgia is a mighty powerful spice.

So, did the switch work? Well, yes (they won the World Series that year in case you didn't know), but it took a while: after the win against McDowell, the Blue Jays started another five-game losing streak as thy stumbled into the all-star break.